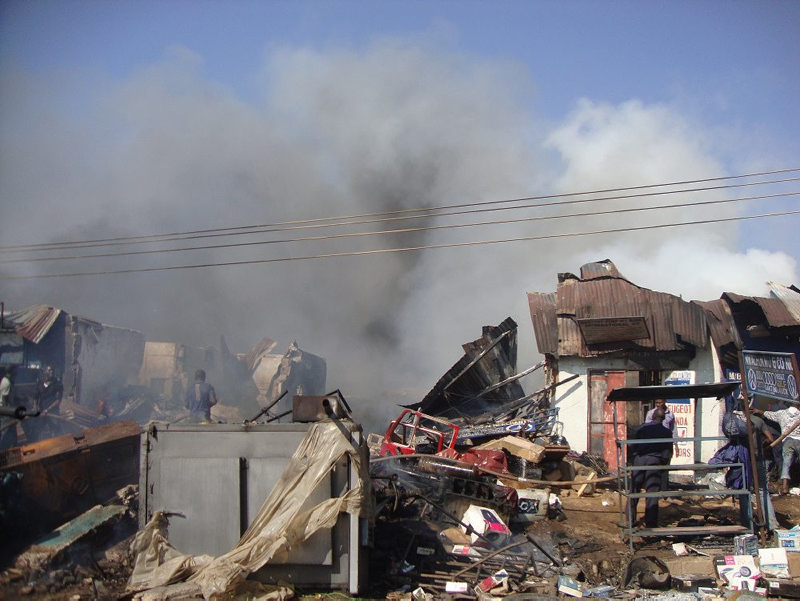 Six people died in northeast Nigeria after an explosion rocked a marketplace, local authorities told The Associated Press on Wednesday, with many injured including 19 who are “seriously wounded.”
On Location: May 13, 2022
ABUJA, Nigeria — An explosion has rocked a marketplace in Nigeria‘s northeast killing six people, police and emergency response services told The Associated Press on Wednesday.
The attack occurred on Tuesday evening at a busy cattle market in the Ardo-Kola local government area of Taraba state where villages have been largely unaffected in the last year by the decade-long Islamic extremist violence in the northeast.
Three people died immediately and by Wednesday morning the death toll rose to six, said Abdullahi Usman, police spokesperson in Taraba. One attacker was also killed, he said.
More than 100 were hit by the explosion including 19 who are “seriously wounded” and undergoing treatment in hospital, Usman said. Many traders saw their goods destroyed in the attack, said Ladan Ayuba with Nigeria’s National Emergency Management Agency.
Northern Nigeria has been plagued with violent attacks in recent months and this is the second explosion in Taraba this year. The first was in January which targeted a Catholic school though no lives were lost in that incident.
No group has claimed responsibility for the violence in Taraba which is next to Adamawa State, one of the areas worst hit by the Islamic extremist insurgency in northeast Nigeria.
The West African nation continues to grapple with a 10-year-old insurgency by Islamic extremist rebels in the northeast. More than 35,000 have died and millions have been displaced by the violence, according to the U.N. Development Program. Boko Haram and a splinter group, Islamic State in West Africa Province, are fighting to establish strict Shariah law.
Nigerian security forces are often outnumbered and outgunned by the armed groups in the volatile northeast, say security analysts.
The militants in Nigeria’s northeast often explode bombs at marketplaces in remote communities in violence that has largely centered on Borno state and the Lake Chad region in the last year.
In addition to the extremist rebellion in the northeast, Nigeria is also beset by growing violence from rebels in the northwest.
24/7 coverage of breaking news and live events