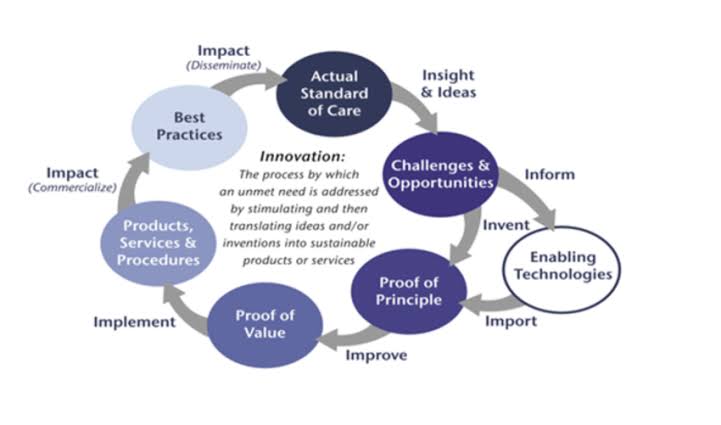 Often misunderstood, Redesign Health’s model is a very different way to create, fund and launch healthcare startups, but will it pay off over the long term?

Typically, a story starts with what a company is. In the case of Redesign Health, perhaps it’s best to start with what it isn’t. Redesign Health is not a venture capital (VC) firm, despite the fact that it’s often listed among other VCs in funding press releases. It’s not a startup studio or accelerator, even though it’s named as a partner in building many early-stage healthcare companies.
Instead, Redesign Health styles itself as “a company that powers innovation in healthcare by developing technologies, tools, and insights that lower the barriers to change across the industry.”
What does that mean?
After conversations with Redesign Health CEO Brett Shaheen, in addition to other entrepreneurs in the Redesign Health family, the answer is seemingly that it’s almost equal parts none and all of the things it gets confused with. The overall idea, though, is to streamline, accelerate and improve the healthcare innovation cycle by (i) researching healthcare sectors, (ii) developing and testing theses with market experts, (iii) beginning actual product development and launching companies, and then (iv) recruiting an executive leadership team. By taking all of this on, the thesis is Redesign’s startup companies and the entrepreneurs that lead them are both in a better place to create value more quickly and are able to lure the best and the brightest healthcare leaders to join.
If Redesign Health is right, then those two qualities might be a good thing in the near term. After a record-setting year of VC funding – especially in digital health – data is increasingly indicating that the market is showing signs of a slowdown. As a result, many VCs will start placing much higher scrutiny on early-stage startups’ market research, products and even founders.
Redesign Health has a different approach to innovation in healthcare than VCs, accelerators or … [+] incubators.
Redesign Health believes its process creates more attractive companies for investors initially and as they mature. Started in 2018 by Shaheen, Redesign essentially researches, builds, brands, launches and lines up funding for all kinds of healthcare startups – in fact 30 as of now (though some are still in stealth).
Many of the ideas come from its in-house team – sparked after identifying a particular pain point in healthcare and then researching the market opportunity. And, other times it may collaborate with an outside organization on a specific issue or opportunity, engaging together to build a solution that both meets the needs of that organization and the greater market.
The latter was the case with the first company Redesign Health’s launched, a virtual hearing-health clinic called Lively. Built in close collaboration with industry leader GN Hearing (GN), Lively scaled quickly, growing at a triple-digit rate in 2021 with sales of approximately $15 million. Sensing the greater market opportunity, GN eventually acquired a controlling stake in Lively for nearly $120 million (total includes acquisition amount plus initial investment), marking Redesign Health’s first exit.
Lively’s exit was a nice feather in Redesign’s cap, but as the only exit so far, a single data point does not wholly validate the model. However, there are some other data points brewing. The company also has produced a handful of other startups that appear to be on paths to success – like Calibrate, a virtual weight loss startup that raised a $100 million series B last August. So, while there does seem to be some green pastures ahead of it, ultimately it will be the exits – successful or otherwise – that will provide the information needed to demonstrate whether the model fully works.
It is also fair to note that, given that Redesign Health has only been around for four years, it is also essentially an early-stage startup.

It’s no secret that creating real change in healthcare is a massive undertaking. The landscape is littered with the corpses of once enthusiastic startups that simply couldn’t get through the minefield of issues – be them resistant industry players, unavailable workforces or regulatory nightmares – that have emptied the pockets of many a would-be challenger. Shaheen’s background was in finance and investing, which gave him a birds-eye view of how bad the industry was at adapting to new business models and adopting cutting-edge technology.
“Innovating is already hard, but it’s even harder in healthcare because of its complex, conservative and opaque nature. I wondered if there was a better way to lower the barriers to change and empower entrepreneurs to accelerate the pace of innovation for the good of all stakeholders,” said Shaheen. “So I decided to go all in to solve this problem, assembled a small team of passionate people and began to attract investors.”
Brett Shaheen is CEO of Redesign Health
After initially collaborating with a group of “mission-driven” healthcare executives, Shaheen recalled he “meticulously observed and documented the pain points and began to evolve [Redesign Health’s] processes, capabilities and networks to address them.”
Ultimately, Shaheen and his team’s work led to where his company is today, which is to “materially de-risk and accelerate the healthcare innovation cycle.” Redesign Health aspires to be a full-stack innovation platform singularly focused on healthcare – complete with all of the tools, technologies and resources needed to accelerate the pace of innovation while removing the common roadblocks that most startups face early in their life cycle.
While the company is building more and more capabilities into its “platform” over time that are meant to help its operating companies tackle repeatable processes, the real power behind Redesign Health is its departmental teams and venture leadership that each have a role in its startup pipeline.
New business development teams identify business ideas after deep industry research to better predict product-market fit, then they collaborate with a “venture chair” that has the corresponding expertise in that area. Once an idea has been formulated and the team feels it’s viable, they will “pitch” the project to Redesign Health leadership to get “funded.” According to the company, most greenlit startups get an initial $4 million made up of seed cash and an investment of services provided by Redesign Health teams.
James Quarles is Venture Chair at Redesign Health and former CEO of Strava
“Venture chairs are largely there to stress test before anything gets funding,” said James Quarles, one of the 10 venture chairs that Redesign Health has currently. “We analyze the market opportunity, competitive landscape, potential partners, differentiation, defensibility, unit economics and so on, and the entire team looks to us to affirm that a new venture has been vetted.”
Once funded, some of the “services” that constitute part of that initial investment include Redesign Health’s product and engineering team, who start to build the product from the ground up; regulatory experts who handle the complex legal landscape; and the marketing and partnership teams who work on the brand and go-to-market plan. The assumption is that this work, in conjunction with the extensive industry research and connections, gives Redesign Health startups a head start, while also focusing their mission early on.
“Most startups fail from indigestion, not starvation. They take on too many things,” said Quarles.

While Schneider and Trigub feel like they are in the right place and have the right partner in Redesign Health, its model will likely not be for everyone. Some entrepreneurs would rather opt for the higher equity stake they’d have by starting a company on their own, or may not want to cede any control over the company’s early brand or vision.
Then there are always the risks associated with curating a founding team made of people that don’t know each other. Life in a startup is notoriously difficult, and it takes a lot of trust to run a company with any co-founder. Prior working experience between founders can help avoid early rifts – issues that can be magnified in a startup environment. Some research even suggests that startups with co-founders that are friends and/or have previous experiences together are more likely to succeed, though there are absolutely examples of founders who did start a healthcare business knowing each other who ended up having significant, high-profile fallouts.
With respect to Redesign Health’s portfolio companies, there have been a few founding team members who’ve moved on from their original roles for various reasons. While that can happen at any startup, Redesign says its recruiting process emphasizes finding leadership teams that have complementary backgrounds. Once on board, founders are encouraged to meet often in the first three months to establish mission, values, employee culture, etc. together.
“Identifying the right founding team is one of the most effective ways to set a business up for long-term success,” noted Shaheen. “The process is designed to start companies off with exceptional founding teams, rigorously vetted concepts, strong foundations for launch and enough capital to get in market and show meaningful tracition.”
Like some entrepreneurs, not every investor will be a fit for backing a startup out of the Redesign Health model. While most VCs absolutely want a surer bet, Redesign’s maintained stake or influence factor as the startup’s creator might dissuade them from participating in a future round raise. That said, Redesign Health does appear to have strong relationships with many of the bigger, accomplished VCs across healthcare – with some funding multiple Redesign Health ventures.
While Redesign Health’s model is assuredly unique, one of the most surprising elements to the company is that it reports being profitable. That’s despite the fact that it’s only produced one modest exit to date, begging the question where the company both gets and makes its money.
First, Redesign Health is itself a investor-backed startup, though it raises money for two separate purposes. For example, in its recent $250 million raise reported by The Wall Street Journal VC Pro, $100 million was a series B round that funded its own operations and R&D. The other $150 million was in pools of committed capital from a mix of investor types that capitalizes its startups early on. Interestingly, the investors committing resources aren’t doing it for a specific startup in its pipeline; they simply trust Redesign to create a return on their investment.
It is from that second tranche – the “committed pools of capital” – that comprises part of the $4 million initial investment that most startups get after they’re greenlit. Yet, it is also within these pools of money that Redesign Health generates part of its revenue.
Yes, the company takes an undisclosed equity stake in all of its portfolio companies, cashing out when there’s an exit – or after selling some of its stake to an investor in a subsequent raise. However, it also makes money from what Shaheen describes as “implementation revenue.” Implementation revenue includes funds from that initial $4 million investment that offset the cost of nurturing startups to their public launch and then supporting them throughout their lifecycle. While Redesign Health did not disclose a number with respect to the implementation revenue it generates from each startup, a company spokesperson reinforced that a typical startup would likely spend much more if it had to pay out of pocket for all of the typical early startup activities like market research, branding, engineering, etc.
Though specific revenue numbers for Redesign Health weren’t shared, the spokesperson did disclose that Redesign Health and its launched companies have raised more than $1 billion collectively. That’s a solid number for its relatively short existence.
The bottom line is that Redesign Health undeniably has quite a unique business model that makes it both an investor and a startup lab – yet neither. It may place bets and make money in ways somewhat similar to both, but it doesn’t squarely fit either definition. Regardless, the healthcare industry will likely be hearing the Redesign Health name increasingly often in the coming years, giving the company ample opportunity to prove it’s cracked the code on healthcare innovation.