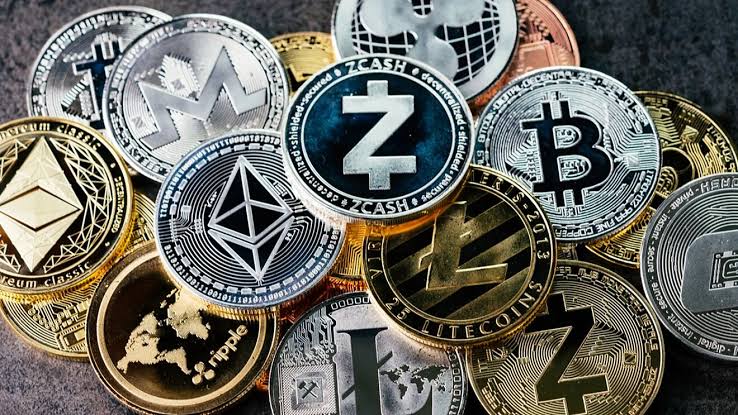 In this article, we have curated a list of the top-5 crypto stories from this week that will help you stay in sync with the crypto ecosystem.
There is some crypto swing to football, this time. Reial Club Deportivo (RCD) Espanyol, will accept Bitcoin and other cryptocurrencies for the purchase of tickets, merchandise and food and beverages. With this, RCD becomes the first team in La Liga (Spain’s football league), to officially accept crypto for transactions.
RCD pitches itself as ‘pioneers in a field that is not the future but already present’ by this move and club CEO Mao Ye Wu said, “the sponsorship agreement offers huge advantages both on and off the pitch, for both Pericos and all soccer fans who visit our fantastic facilities.”

Observers touted the club’s acceptance of crypto as a long-term movie capable of giving Bitcoin a decisive and quick shot to post in Europe.
There seems to be no end to the ongoing flux as global cryptocurrency exchange Binance suspended trading pairs with LUNA and UST, the Terra ecosystem’s cryptocurrencies. The Binance move comes after the  major crash of the algorithmic stablecoin.
Binance confirmed the move as spot trading for LUNA/BUSD and UST/BUSD remained suspended. Binance said it would wait for the Terra network issues to be resolved but did not spell out when trading could be reinitiated.

The cataclysmic set of events started on Terra’s LUNA and its algorithmic stablecoin Terra USD after it suffered a major crash on May 10 and UST lost its $1 peg. The system, designed to algorithmically maintain its peg to the US Dollar, eventually failed to do so and caused a systematic devaluing of UST. To compensate for this, LUNA tokens began to be minted at an unusually faster rate increasing its supply exponentially.
The value of LUNA sank 99% in days while Terra founder Do Kwon released a short-term roadmap to try and revive the ecosystem.
After an initial delay, Australia’s first three cryptocurrency exchange-traded funds (ETFs), hosted on the Cboe exchange, have gone live. This would bring Bitcoin and Ethereum products to the stock market. An ETF is a product that can give investors exposure to assets that they may not be able to invest in directly. ETFs operate by tracking the price of an underlying asset as a share to be traded on stock markets.
Among the three funds, Cosmos Purpose Bitcoin Access ETF (CBTC) is from Cosmos Asset Management and tracks the Purpose Bitcoin ETF (BTCC-B.TO) on the Toronto stock exchange. The other two were launched by Australian ETFS Management (AUS) Ltd. and Swiss 21Shares AG spot-trade Bitcoin (EBTC) and Ether (EETH).
Sony, the Japanese electronics major, is working with Theta Labs, the creators of the Theta blockchain to create a decentralized video streaming network or video delivery network with its own native crypto asset, theta network (THETA).
Sony will soon issue 10 ‘Tiki Guy’ NFTs and its two-dimensional versions as well. The NFTs will be in sync with the Sony Spatial Reality Display (SRD), a tablet that uses augmented reality and 3D enhancements. SRD will incorporate NFTs and metaverse concepts into the device’s offerings.
The Sony and Theta Labs partnership follows the Theta Hackathon that took place recently and Bridgetower Capital launching a Theta Enterprise Validator Node. Meanwhile, Theta network (THETA) has sustained a 85% loss in value against the US dollar in the past month.
US space agency NASA is in the process of creating a Martian metaverse environment to aid in training. The agency had recently posted a challenge to attract developers. Interested developers could aid NASA in building virtual reality (XR) ‘assets and scenarios’ for use by the agency in research on extravehicular activities on the surface of Mars.

The project aims at populating an existent metaverse called MarsXR. This metaverse has already mapped 400 sq.km. of Martian terrain with realistic day/night cycles. The developers should work on their submission challenges using the Epic Games’ Unreal Engine 5. The Martian simulation is expected to help NASA cut costs by using a virtual reality module known as Apache to train upcoming astronauts in various experiences.