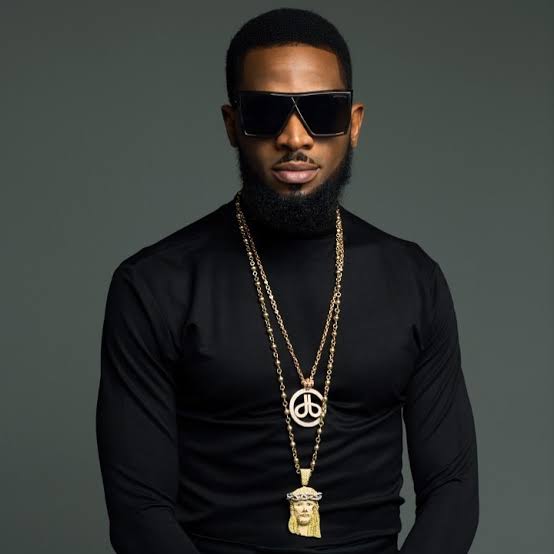 Authors:
While Ali Kiba, Diamond Platnumz and other African acts have also wont he prestigious award, it’s curious that Sarkodie and P Square never won it.
The MTV Europe Music Awards honour artists and music in pop culture. The Europe Music Awards are held every year in a different country. Every year since 2005, it has presented a category for the Best African act, to celebrate the best, most successful crossover African artist over the preceding year.
Since inception, six Nigerian artists have won the category for a total of seven times. But who are these Nigerian artists and when did they win these awards? Check the list below;
1.) 2baba
Year: 2005
Albums released: Face2Face
Big singles: African Queen
In 2005, 2Baba had just released his groundbreaking solo debut album, Face2Face, which Pulse ranked as the best solo debut in Nigerian music since 99. ‘African Queen’ was so big that it was used in the American movie, Phat Girls.
When he won the award, he was undoubtedly Africa’s MVP, with the international and local acclaim to match. He beat Kaysha, kleptomaniax, 02 and Zamajobe to win the award.
2.) D’Banj
Year: 2007
Albums released: Rundown
Big singles: Why Me
A year prior, D’Banj released his sophomore album, Rundown and it produced the groundbreaking smash, ‘Why Me.’ But it was the sonic revolution that Don Jazzy birthed with his flagship artist, that really shook the entire African soundscape. He wasn’t just an artist, he was a showman.
In the preceding year, he performed in a towel at The Headies. When he beat Chameleone, Hip-hop Pantsula, Jua Cali, Samini and Big Pin to this award, it didn’t surprise anybody.
3.) D’Banj
Year: 2012
Albums released: None
Big singles: Oliver Twist
D’Banj produced Nigeria’s first crossover pop record of the modern era with ‘Oliver Twist,’ as he sought to release his fourth studio album on Mo’Hits Records. That never quite happened, but ‘Mr. Endowed’ and its remix featuring Snoop Dogg set a fantastic template for the Nigerian superstar.
He beat Camp Mulla, Mi Casa, Sarkodie and Wizkid to the award.
4.) Davido
Year: 2017
Albums released: Son of Mercy EP
Big singles: Fall, IF
In 2016, Davido signed a deal with Sony Music, via Columbia Records and went on his maiden international sojourn, which culminated in buzz-worthy records like ‘Fans Mi’ featuring Meek Mill, ‘Coolest Kid In Africa’ featuring Nasty C, ‘How Long’ featuring Tinashe and ‘Pere’ featuring Young Thug and Rae Sremmurd.
It culminated in Son of Mercy EP, which Davido himself has confessed to hating. Nonetheless, it garnered Davido some buzz. In 2017, he had one of the most dominant one-year runs in contemporary Nigerian music as he released four smash hits. ‘Fall’ and ‘IF’ have since been certified Gold in the US.
He was the favourite for the award in 2017 and rightly beat Babes Wodumo, C4 Pedro, Nasty C, Nyashinki and Wizkid.
5.) Tiwa Savage
Year: 2018
Albums released: Sugarcane EP
Big singles: All Over
In 2017, Tiwa Savage survived an infamous divorce row with her ex-husband, Tunji Balogun. But she rebounded with Sugarcane EP, in one of the most impressive comeback trails in contemporary Nigerian music. She then released ‘Get It’ featuring Omarion.
In 2018, Savage headlined her first sold out show at the 02 Arena in London and got featured on Vogue’s World 100. She beat Davido, Distruction Boyz, Fally Ipupa, Nyashinski and Shekinah to the award, as its first and only solo female winner.
6.) Burna Boy
Year: 2019
Albums released: African Giant
Big singles: Anybody
In 2019, Burna Boy overcame his demons and became Africa’s MVP, headlining the ‘Afrobeats to the world’ conversation as poster boy.
He released his potential classic, African Giant, got his first Grammy nomination later that year. Before then, he had released Outside, produced hits like ‘Ye,’ ‘On The Low,’ ‘Gbona’ and ‘Killin Dem.’
In January of that year, he won four awards at the Soundcity MVP, won the BET Best International Act Award in June; got featured on Beyonce’s Lion King: The Gift on his own song. He then commenced his incredible African Giant Tour, performed at Coachella after an infamous social media spat and won all round.
7.) Wizkid
Year: 2020
Albums released: Made In Lagos
Big singles: Essence
In 2020, Wizkid had endured an uncertain three-year run that most people currently like to forget. For a lot of reasons, Made In Lagos had to work and boy, did it break grounds?
After a delayed release due to #EndSARS protests, Wizkid released Made In Lagos lukewarm acceptance, which has since developed into needed appreciation. Not only has he produced one of the best comebacks in Nigerian music history, he has gone on to set records.
He has produced a top 10 Billboard Hot 100 hit, charted in several countries across the world, won BET and MOBO awards, gotten six nods at the Soul Train Awards, become a Grammy season favourite, headlined his first American tour to incredible success and become a global superstar.
Final words
While Ali Kiba, Diamond Platnumz and other African acts have also wont he prestigious award, it’s curious that Sarkodie and P Square never won it.
.
Authors:
Welcome to the Pulse Community! We will now be sending you a daily newsletter on news, entertainment and more. Also join us across all of our other channels – we love to be connected!
Eyewitness? Submit your stories now via social or:
Email: eyewitness@pulse.ng