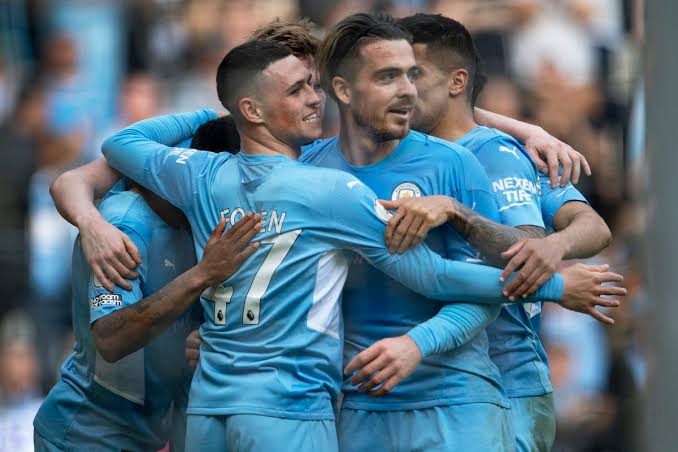 Filed under:
Here’s where you can watch all the Premier League action in the US. We break down the final makeup day slate of the season.
The English Premier League is heading into its final matchday of the season this weekend, but before that happens, we have one last day of makeup matches to run through. Due to things like COVID-19 outbreaks and tournament scheduling conflicts, the EPL saw a large number of matches needing to be postponed especially through the winter months. Most of those have been made up already, but three remain on Thursday as the clubs prepare for Decision Day.
EPL games are usually easy to find on TV, and this season is no exception. You can find most games live on TV on NBCSN and Universo or Telemundo, but you can also stream nearly every game on Peacock, NBC’s exclusive streaming service. Some matches will also be shown on the USA Network on TV, as well as streaming on fubo TV, Sling TV, and Hulu + Live TV as well.
Burnley will take on Aston Villa as they fight to stay out of the relegation zone with just two matches left. It’s a perfect opportunity for Burnley as they sit just one point out of safety with a game in hand on 17th-place Leeds United. A win over Villa would send Burnley leapfrogging past Leeds into safety, poised with their fate in their own hands heading into Decision Day. These two sides met just over a week ago, when Aston Villa cruised to a 3-1 victory on May 7. Burnley’s lone goal came in the form of consolation as Maxwel Cornet pulled one back in the first minute of second half stoppage time. The Clarets will have a shot at instant redemption, though they’ll have to do it on the road at Villa Park, which is no easy feat.
Burnley are the obvious underdogs, installed at +275 on the board at DraftKings Sportsbook. Villa is favored to win with odds at +105.
Chelsea will look to clinch a third place finish with a win or draw against Leicester City on Thursday. The Blues sit in third with 70 points, just two points ahead of Tottenham Hotspur. A win would put them out of reach for Spurs, and a draw would still give Tottenham a chance to tie on points this weekend. However, Chelsea currently leads Spurs in the goal differential tiebreaker by 18 goals, so a draw at minimum should do it for Thomas Tuchel’s side. Chelsea logged a 3-0 win back in November when these sides last met, and while they’ve hit some stumbling blocks as of late, they should be able to take care of business again.
The Blues are favored to win with odds at -265, while Leicester City is installed at a distant -800, making them the heavy underdogs.
Here’s a look at Thursday’s full make-up day schedule before Matchday 38 gets underway this weekend.
Everton v. Crystal Palace, 2:45 p.m. ET — USA, Universo
Aston Villa v. Burnley, 3:00 p.m. ET — Peacock
Chelsea v. Leicester City, 3:00 p.m. ET — Peacock