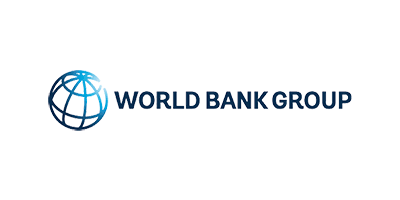 With 189 member countries, staff from more than 170 countries, and offices in over 130 locations, the World Bank Group is a unique global partnership: five institutions working for sustainable solutions that reduce poverty and build shared prosperity in developing countries.
The World Bank Group works in every major area of development.  We provide a wide array of financial products and technical assistance, and we help countries share and apply innovative knowledge and solutions to the challenges they face.
We face big challenges to help the world’s poorest people and ensure that everyone sees benefits from economic growth. Data and research help us understand these challenges and set priorities, share knowledge of what works, and measure progress.
Shift to more costly trade patterns has begun; transition to cleaner energy could be delayed
WASHINGTON, April 26, 2022—The war in Ukraine has dealt a major shock to commodity markets, altering global patterns of trade, production, and consumption in ways that will keep prices at historically high levels through the end of 2024, according to the World Bank’s latest Commodity Markets Outlook report.
The increase in energy prices over the past two years has been the largest since the 1973 oil crisis. Price increases for food commodities—of which Russia and Ukraine are large producers—and fertilizers, which rely on natural gas as a production input, have been the largest since 2008.
“Overall, this amounts to the largest commodity shock we’ve experienced since the 1970s. As was the case then, the shock is being aggravated by a surge in restrictions in trade of food, fuel and fertilizers,” said Indermit Gill, the World Bank’s Vice President for Equitable Growth, Finance, and Institutions. “These developments have started to raise the specter of stagflation. Policymakers should take every opportunity to increase economic growth at home and avoid actions that will bring harm to the global economy.
Energy prices are expected to rise more than 50 percent in 2022 before easing in 2023 and 2024. Non-energy prices, including agriculture and metals, are projected to increase almost 20 percent in 2022 and will also moderate in the following years. Nevertheless, commodity prices are expected to remain well above the most recent five-year average. In the event of a prolonged war, or additional sanctions on Russia, prices could be even higher and more volatile than currently projected.
Because of war-related trade and production disruptions, the price of Brent crude oil is expected to average $100 a barrel in 2022, its highest level since 2013 and an increase of more than 40 percent compared to 2021. Prices are expected to moderate to $92 in 2023—well above the five-year average of $60 a barrel. Natural-gas prices (European) are expected to be twice as high in 2022 as they were in 2021, while coal prices are expected to be 80 percent higher, with both prices at all-time highs.
“Commodity markets are experiencing one of the largest supply shocks in decades because of the war in Ukraine,” said Ayhan Kose, Director of the World Bank’s Prospects Group, which produces the Outlook report. “The resulting increase in food and energy prices is taking a significant human and economic toll—and it will likely stall progress in reducing poverty. Higher commodity prices exacerbate already elevated inflationary pressures around the world.”
Wheat prices are forecast to increase more than 40 percent, reaching an all-time high in nominal terms this year. That will put pressure on developing economies that rely on wheat imports, especially from Russia and Ukraine. Metal prices are projected to increase by 16 percent in 2022 before easing in 2023 but will remain at elevated levels.
“Commodity markets are under tremendous pressure, with some commodity prices reaching all-time highs in nominal terms,” said John Baffes, Senior Economist in the World Bank’s Prospects Group. “This will have lasting knock-on effects. The sharp rise in input prices, such as energy and fertilizers, could lead to a reduction in food production particularly in developing economies. Lower input use will weigh on food production and quality, affecting food availability, rural incomes, and the livelihoods of the poor.”
The report’s Special Focus section offers an in-depth exploration of the war’s impact on commodity markets. It also examines how commodity markets responded to similar shocks in the past. The analysis finds that the war’s impact could be longer-lasting than previous shocks for at least two reasons.
First, there is less room now to substitute the most affected energy commodities for other fossil fuels—because price increases have been broad-based across all fuels. Second, the increase in prices of some commodities is also driving up prices of other commodities—high natural-gas prices have raised fertilizer prices, putting upward pressure on agricultural prices. In addition, policy responses so far have focused more on tax cuts and subsidies—which often exacerbate supply shortfalls and price pressures—than on long-term measures to reduce demand and encourage alternative sources of supply.
The war is also leading to more costly patterns of trade that could result in longer-lasting inflation. It is expected to cause a major diversion of trade in energy. For example, some countries are now seeking coal supplies from more remote locations. At the same time, some major coal importers could step up imports from Russia while reducing demand from other large exporters. This diversion will likely be more costly, the report notes, because it involves greater transportation distances—and coal is bulky and expensive to transport. Similar diversions are occurring with natural gas and oil.
In the near-term, higher prices threaten to disrupt or delay the transition to cleaner forms of energy. Several countries have announced plans to increase production of fossil fuels. High metal prices are also driving up the cost of renewable energy, which depends on metals such as aluminum and battery-grade nickel.
The report urges policymakers to act promptly to minimize harm to their citizens—and to the global economy. It calls for targeted safety-net programs such as cash transfers, school feeding programs, and public work programs—rather than food and fuel subsidies. A key priority should be to invest in energy efficiency, including weatherization of buildings. It also calls on countries to accelerate the development of zero-carbon sources of energy such as renewables.