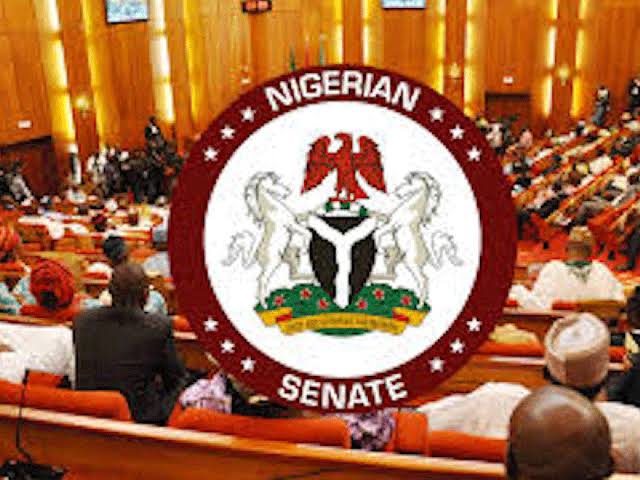 Nigerian lawmakers have taken steps to bar the payment of ransoms to kidnappers at a time when thousands of people are in captivity, including passengers abducted during a train attack in late March near the nation’s capital.
Nigeria’s Senate has passed a bill amending the country’s Terrorism Prevention Act to bar the ransom payments. It said the amendment will “prevent terrorist groups from laundering money.”
However, the legislation could cause more harm to kidnapping victims and their families if President Muhammadu Buhari signs it into law, activists and Amnesty International’s Nigeria office told the Associated Press on Thursday.
The West African nation has struggled to stem the rise of armed violence in its troubled northwest and in central regions, where remote communities are often targeted by armed groups.
Thousands have been killed in the violence, data from the U.S.-based Council on Foreign Relations show, while travelers are often abducted and detained for weeks, usually in forest reserves, until ransoms are paid for their release.
World & Nation
Dozens of schoolchildren held captive by gunmen for three months in northern Nigeria await reunions with their families after being freed.

The kidnap-for-ransom business is a lucrative enterprise with more than $18 million paid to kidnappers between 2011 and 2020, according to the Lagos-based research firm SBM Intelligence.
Federal authorities have been trying to crack down on the practice for some time. This month, they barred calls from more than 70 million unregistered lines in an attempt to make it difficult for kidnappers to contact the families of those held.
When the bill passed on Wednesday becomes a law, it can “turn around not only the security situation in Nigeria but even the economic fortunes of our country,” said Senate President Ahmad Lawan.

“We have done so much as a government in terms of infrastructural development in all parts of this country, but because the security situation is not the kind of situation that we all want, this tends to overshadow most of these tremendous and remarkable developments in our country,” he said.
World & Nation
The students were abducted last week from a boarding school in Nigeria’s latest mass kidnapping. The president has called for greater vigilance.

However, activists say the proposed law does not address “the root cause” of Nigeria’s security problems and endangers the lives of those kidnapped.
“If you cannot protect people, why then are you punishing them for finding a way to protect themselves?” asked Festus Ogun, a Nigerian lawyer and human rights activist.
The bill also creates “more opportunities for further violations of people’s rights,” Osai Ojigho, Nigeria director of Amnesty International, told AP. She identified the “lack of resources” for security forces to investigate and prosecute crimes as a big challenge in Nigeria’s quest for peace.
Authorities should instead focus on “the root cause” of the kidnappings rather than “criminalizing family members who are distressed” by the abduction of their loved ones,” Ojigho said.