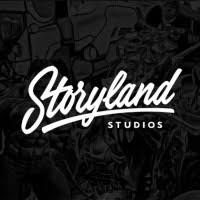 Storyland Studios, the design and production studio with offices in the US and Europe, has been selected to master plan and design a film city and entertainment industry campus, first-of-its-kind film industry hub in Lagos, Nigeria.
The project sponsor, Del York International Group in partnership with the Lagos State Government, is in the advanced stages of development. The project aims to position the state as a focal point for the entertainment industry–primarily film–and its peripheral industries, where both new and traditional media will be produced and celebrated for generations to come.

The facility is envisioned as a sanctuary of leisure, entertainment, and learning. A place where film and all types of creative industry professionals can live, work, and learn in a serene and conducive environment with best-in-class facilities intermingled with amenities and infrastructure that support a modern sustainable city.

The film city’s campus will be located in Lagos’ Epe area, at Ejirin City. The 100-hectare, mixed-use campus will have the capacity to support anywhere from 5,000 to 10,000 daily visitors. Both production, post-production, and editing facilities and services will be housed on campus, open to both local and international filmmakers. There will also be educational facilities, including a Creative Academy for film students.
“Nollywood is one of the world’s largest film industries in terms of production volume,” said Ubong Eton, Digital Storyteller at Storyland Studios. “Lagos is home to most of the productions, but there’s no proper infrastructure that can cater effectively to the industry.”
The Nigerian film industry, known as “Nollywood,” has a projected annual growth rate of 8.6%, the industry accounts for ₦ 853.9 billion ($7.2 billion), or 1.42% of the Nigerian GDP. More than one million people are employed by Nollywood, either directly or adjacent to the industry. Next to agriculture, it is Nigeria’s largest job market.
“Our team is thrilled to have been chosen for this unique opportunity,” said Mel McGowan, Founder and Chief Creative Officer at Storyland Studios. “We’re excited to be part of the further development of Nigeria’s incredibly prolific and rapidly-growing film industry.”

“The industry has long desired a home, that special place on the continent that would galvanize our young people to a new hope whilst igniting the fire of their creativity,” said Linus Idahosa, President and Founder of Del York International Group. “The continent’s burgeoning community of creatives have long been inspired through the magic of film and television, spiriting themselves into worlds they never thought possible, but curtailed by their immediate circumstances.”

As founder of the Del York Creative Academy (DCA), Idahosa aims to reposition and transform Nigeria’s film and media landscape to forge stronger connections with global audiences. The DCA is Africa’s foremost capacity building establishment for the film and creative industry and is at the forefront of creating sustainable impact in the continent’s movie industry.