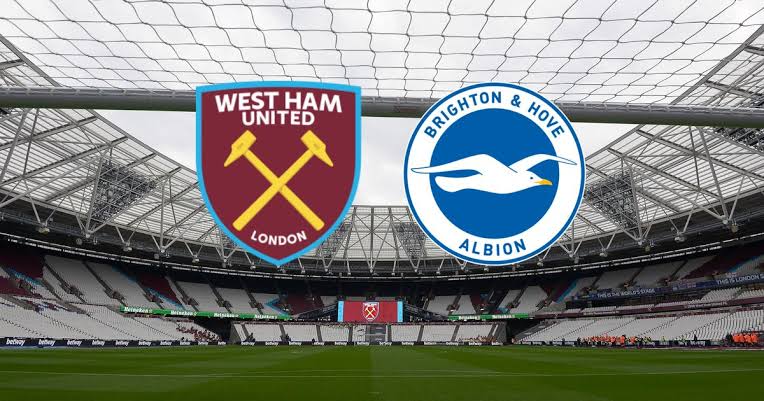 Check out how to watch Brighton v West Ham in the Premier League this week, including TV details, team news, predictions and odds.
Brighton can secure a top-half finish with a victory over West Ham on the packed Premier League final day this weekend.
The Seagulls currently occupy 10th place, two points ahead of Brentford and Newcastle, and will be determined to nail down a top-half position following a rollercoaster season.
Graham Potter’s men started the campaign with four wins in their opening five matches before winning just three of their next 25 Premier League encounters. They also recorded a run of eight draws in 10 games and a six-match losing streak during that spell before picking up in the run-in.
West Ham currently sit in seventh, a position that would guarantee Europa Conference League football next season.
David Moyes could exact revenge on his former team Manchester United, however. If West Ham defeat Brighton, United must beat Crystal Palace to avoid the Hammers claiming their Europa League spot.
Brighton v West Ham will take place on Sunday 22nd May 2022.
Brighton v West Ham will kick off at 4pm.
All 10 Premier League games will kick off at the same time this Sunday with plenty of scores left to settle. Most attention will be aimed at Man City v Aston Villa and Liverpool v Wolves with the top flight title in the balance.
Unfortunately, this game has not been selected for broadcast in the UK as not every match will be shown live on TV now that fans are allowed into stadiums.
You can catch up with the latest match highlights during Match of the Day every Saturday night and Match of the Day 2 on Sundays.
Likewise, this game will not be shown on any live streaming platforms in the UK.
Check out Match of the Day and Match of the Day 2 on iPlayer as well as teams’ official YouTube channels after matches for all the highlights.
Brighton predicted XI: Sanchez; Veltman, Dunk, Cucurella; March, Bissouma, Caicedo, Trossard; Mac Allister, Gross; Welbeck
West Ham predicted XI: Fabianski; Coufal, Dawson, Zouma, Cresswell; Soucek, Rice; Bowen, Lanzini, Fornals; Antonio