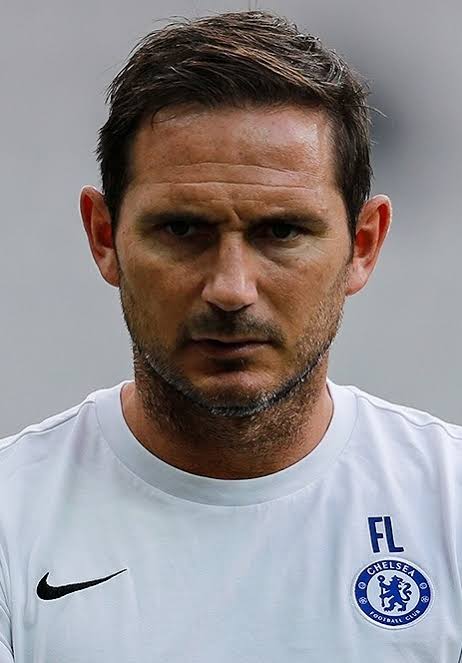 Congratulations to Frank Lampard who took over at 16th-placed Everton and delivered…a 16th-placed finish.

It was enough to spark joyous scenes at Goodison Park as the Toffees fought back to overcome Crystal Palace, securing their Premier League status for another year.

It was a mark of just how bad it got under Lampard that relegation seemed almost nailed on ahead of their home clash with Chelsea.

However, three wins and a draw, including a 1-0 win over his former club, ensured Everton will go into their final match of the season – at Arsenal – with the pressure off.

And for all the talk of leaving Everton just where he found them, a look at the league table since Frank junior’s arrival doesn’t actually make bad reading for the former Derby boss.

The Toffees would actually be 12th in the Premier League if results were taken from January 31 – the date of Lampard‘s appointment – onwards.
That would actually put them level on points with Manchester United – albeit having played two games more – and above West Ham.

It would also rank Lampard higher than his former England team-mate Steven Gerrard at Aston Villa.
It is some way behind their cross-city rivals, however, with Liverpool having picked up 21 more points in the same period, from two games fewer. The Reds are actually the only team not to have lost a league game in the time period.

Tottenham’s rise to the Champions League spots is reflected in their third place in the table, while Newcastle’s transformation under Eddie Howe sees them fourth.
Another upwardly mobile team is Brentford, with the arrival of Christian Eriksen helping the Bees gain 23 points from their 14 games played post Lampard’s appointment.

Norwich and Watford’s relegation has long since been confirmed on the back of woeful runs of form since the start of February, with neither into double figures for points gained.
Burnley were actually bottom when Lampard took over but have picked up six of this season’s seven wins since January 31 to leave their fate in their own hands going into the final day.
The side most likely to fill the third relegation spot is now Leeds, whose form since February marks them out as one of the three worst teams in the division. Their 38 goals conceded is also the worst of the 20 clubs.