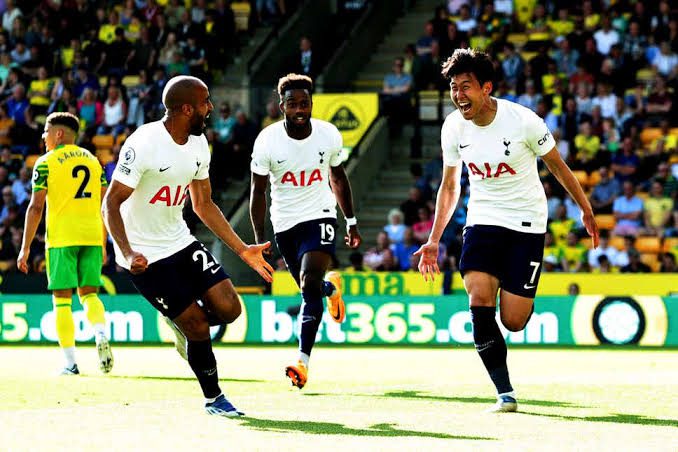 ottenham secured qualification to the Champions League with a five-star display against Norwich.
Spurs only needed a point on the final day to finish fourth ahead of north London rivals Arsenal but cruised to victory at Carrow Road.
Arsenal beat Everton 5-1 but that result at Emirates Stadium ultimately proved inconsequential.
Heung-min Son scored two goals to share with Premier League Golden Boot with Mohamed Salah. The pair finish the season with 22 goals each.
Spurs got the job done in stress-free fashion after first-half goals from Dejan Kulusevski and Harry Kane quickly dispelled any pre-match nerves among the travelling supporters.
SPONSORED
Kulusevski added a third with a brilliant left-footed strike before Son scored twice to cap a fine season.
Spurs finish the season two points clear of north London rivals Arsenal, who will play in the Europa League next season after faltering in the final stages of the season.
Mohamed Salah scored late on the final day to share the 202-22 Premier League Golden Boot with Heung-min Son.
Spurs are in the Champions League!
Arsenal have hit five too, but it won’t matter.
So as it stands, the Golden Boot is now set to be shared by Son and Salah.
Mo Salah has scored for Liverpool, so he is now level with Son in the race for the Golden Boot!
80 mins: Into the final 10 minutes.