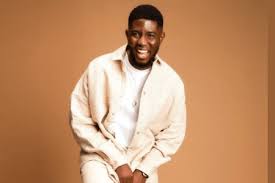 Businessday Ng –
Considering his creative deliveries, consistency and speed to stardom in just four years, Samuel Nwachukwu, who stages as CalledOut Music, can be said to have parted the Red Sea, charted his own musical course and is destined for greatness.
He is a gifted and insanely talented 27-year-old British-Nigerian producer, singer/songwriter, multi-instrumentalist and MOBO winner.
The undoubtedly rare specimen of talent, moved to the UK with his family when he was 12 years old. A peep into his God-given music talent was revealed at the tender age of 7 in his home church after his father bought him a piano. From that moment, his dream to become one of the widely recognized artistes on the globe took off.
Through the years, CalledOut Music has divided his time between writing hundreds of songs in his bedroom and his education; and after many years of producing original songs for musicals and featuring on other artistes’ songs, he decided to embark on a solo music career, releasing his first single ‘Working On Me’ on his 21st birthday in 2016, a move that marked the beginning of CalledOut Music.
Since then, there has been no stopping CalledOut Music; from his homegrown skills of songwriting and sound compilations to perfecting and being more intentional with his own sound, he has featured on tracks with several artistes – including the 2011 Mobo Award winner Triple O – Good Thing, successfully capturing his essence of faith and hope, spreading joy and positivity to all who come in contact with him.
Read also: Rema’s debut album dominates charts in 52 countries on day 1 of release
During the global Covid-19 pandemic, his fans made his hit song, ‘warm embrace’ — a song of faith and comfort —an anthem to get through ‘tough times’; a glimpse of the influence his music has had on the UK and the global scene in recent times as his bodies of work, albums and collaborations became internationally acclaimed.
Working with a number of international collaborations — the most recent one, with multi-award winner “Dena Mwana” on the track ‘Close To You’, CalledOut Music has acquired a combined tally of over 13.6 million streams on Spotify, 4.3 million streams on iTunes and 15.07 million views on YouTube with his label HFP Music where his single “My Prayer” became his first song to reach a landslide of over 4.9 million views — a feat only held by a few UK Gospel artistes.
Not only has the multi-talented artiste established himself on the “A Step Forward” Gospel chart as #1 for his hit song “I Am Free”, he has also been on a trail of triumph including being the “Breakthrough Artiste of excellence” at the African Gospel Music and Media Awards 2018; “Best Song” (You’re Mine) at Premier Gospel Awards 2018 where he performed ‘My Prayer’ along with nominations for “Best Male” and “Best Song” at Tru Life Gospel Awards; and “UK Artiste of the Year” at Gospel Touch Music Awards 2018.
Following the succession of releasing numerous songs over the past four years (Working on Me, You’re Mine, I Am Free, My Prayer, Love Around, Warm Embrace, Joy, Otherside), CalledOut Music was awarded Best Solo Male Video 2019 – Jump Awards, Best Male 2019 – Premier Gospel, Best Video 2019 – Premier Gospel and only recently was he crowned the Best Gospel Act at UEA Awards 2020 (UK Entertainment Awards) and Best Gospel Act at the 2020 MOBO Awards.
In the space of four years, this phenomenon of an artiste has also managed to venture out to Europe, Africa, Canada and Amsterdam, which included his first headline show at the ‘Theatre Paris Story’ in France. Continuing with the success of this, the “Love Around Challenge #39’”, had his supporters singing the song worldwide in their native languages — with tributes in Lingala, Spanish, French, Dutch, Twi, Yoruba, German, Italian, Korean and a special sign language version.
Get real time updates directly on you device, subscribe now.
Burnaboy’s “Last Last” track debuts No.1 on UK Afrobeats chart
Zen Studios launches to set standard for creative spaces globally
Olubukola Bolarinde goes solo with 106 Expressions
Book Review: One-way ticket – My uninterrupted life journey from pot to factory
Get the best of world News delivered to your inbox daily
latest news
NEM Insurance shareholders get 22kobo dividend
Hero receives traders’ recognition for empowering young entrepreneurs
OPPO Mobile launches Reno7 phone with improved picture technology
Tripple Gee unveils new printing press, eyes expansion
Oyo PDP Primaries: Ilaka, Wolekanle, Tegbe Win Senatorial Tickets
Business Day, established in 2001, is a daily business newspaper based in Lagos. It is the only Nigerian newspaper with a bureau in Accra, Ghana. It has both daily and Sunday titles. It circulates in Nigeria and Ghana
BDlead
Nigeria’s GDP growth eludes businesses, households
SEC, banks’ agreement on crypto rules uncertain
Bank loans rise as maximum lending rate hits five-year low