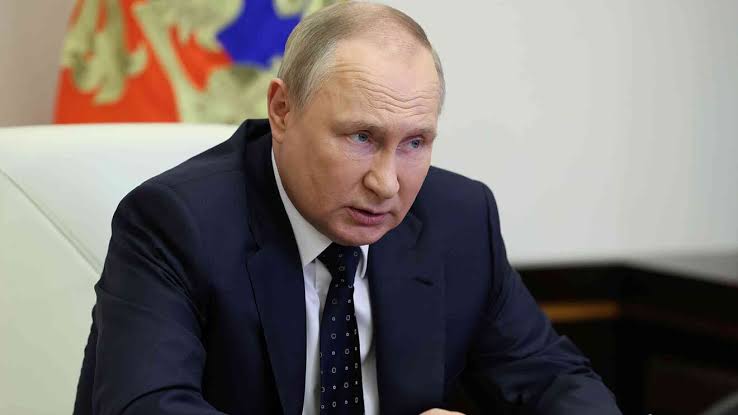 The Russian President’s invasion of Ukraine has not gone smoothly, with Russian forces struggling to make any significant breakthroughs in their offensive in the Donbas.
Despite the slow progress and heavy casualties sustained, William Burns predicted the Russian despot would “double down’ and not throw in the towel.
The US Central Intelligence Agency Director told an audience at an event organised by the Financial Times in Washington: “He’s in a frame of mind in which he doesn’t believe he can afford to lose.
“I think he’s convinced right now that doubling down still will enable him to make progress.”

Ukraine is using groundbreaking technology to revive old Soviet grenades that can be dropped from drones to obliterate Russian forces.

Russian tanks and armoured vehicles are being battered by modified Soviet-era RKG-3 anti-tank grenades.
Thanks to 3D-printing technology, these outdated grenades have been given a new lease of life by the printed plastic tail fins which are attached to stabile the weapons as they fall.
This is reportedly causing chaos to the top of turrets on Russian tanks are they are not too well protected.
The weak armour on the top of the vehicles leaves them more exposed to these attacks from above.
And worryingly for the Russians, these weapons are made even more effective as they cannot be seen or heard.
The new weapons, dubbed the RKG-1600, only weigh about 1kg.Parachutes are also used to stabilise the grenade as it falls at a 90 degree angle to make sure it strikes its target with maximum effect.

Volodymyr Zelensky has spelled out conditions before cracking a peace deal with Vladimir Putin, a news report has claimed.
Zelensky, 44, said that Russia must withdraw to their pre-invasion position for a deal while speaking to a London Think tank.
He said that any peace deal with Russia would depend on Russian forces pulling back to their pre-invasion positions.
Speaking to a London think tank, Volodymyr Zelensky said that was the minimum that his country could accept.
Prime Minister Boris Johnson has urged against any negotiations with Russia on terms that “give credence to the Kremlin’s false narrative for the invasion”, according to No 10.
Mr Zelensky said he was the leader of “Ukraine, not a mini-Ukraine”. But he did not mention Crimea, annexed by Russia in 2014.