The Australian dollar started the week with gains of close to one percent, but has been mostly drifting since then. AUD/USD is trading quietly, just below the 0.71 line.
It hasn’t been a very good week on the Australian release front, raising concerns that the economy may be slowing down. Manufacturing and Services PMIs both slowed in May, while Construction Work Done and Private New Capital Expenditure both recorded declines in the first quarter. The week winds up with April Retail Sales on Friday, which is projected to slow to 0.9%, after a 1.6% in March. Australia releases GDP next week, and an underperforming release would likely dampen sentiment towards the Australian dollar.
The new Labour government is rolling up its sleeves after its election victory and getting to work. Both Labour and the defeated Liberal party made campaign promises to review RBA operations, including how it targets inflation. The new Treasurer, Jim Chalmers, says he will announce his findings shortly. Chalmers said on Wednesday that he had inherited “very tricky” economic conditions, including rising inflation and interest rates, and a massive trillion-dollar debt.
FOMC signals more 50-bps hikes
The FOMC minutes didn’t contain any surprises, which actually soothed nervous markets. Investors have become increasingly concerned that the US economy might tip into recession. Recent data, such as housing, has been weak, while at the same time that the Federal Reserve has embarked on an aggressive rate-hike cycle aimed at slowing the economy and containing inflation.
With inflation still not showing signs of peaking, there have been calls from some Fed officials to deliver a super-super-size 75 bps hike. To the relief of the markets, the minutes appeared to put to rest such a drastic move, as the Fed signalled that it will hike by 50 bps in June and July, followed by a pause in September. This would allow the Fed to monitor the effects of the June and July hikes on the economy and on inflation levels.
AUD/USD Technical

ActionForex.com was set up back in 2004 with the aim to provide insightful analysis to forex traders, serving the trading community for over a decade. Empowering the individual traders was, is, and will always be our motto going forward.
© ActionForex.com © 2022 All rights reserved. 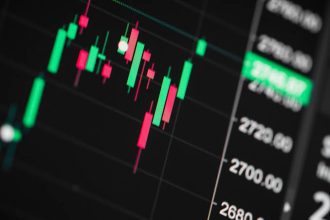 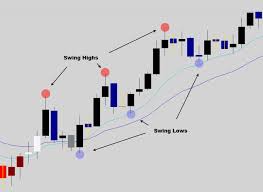 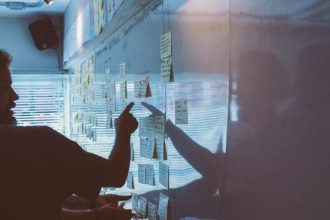 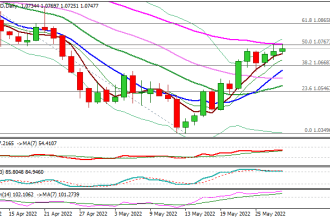