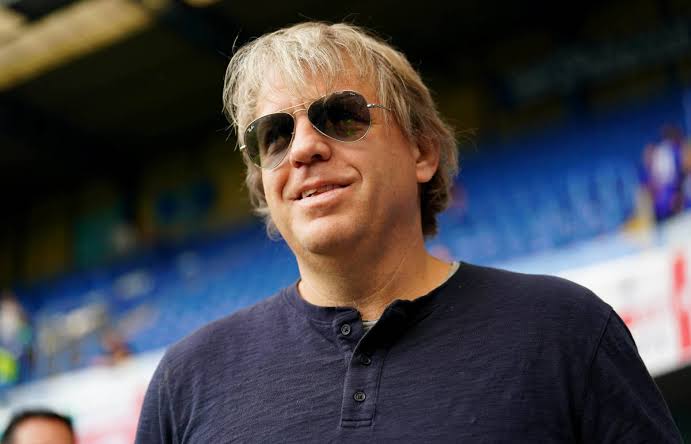 The proposed £4.25 billion takeover of Chelsea Football Club has been approved by the Premier League.
LA Dodgers co-owner Todd Boehly is the head of a consortium set to purchase the club from current owner Roman Abramovich.
But the sale of Chelsea FC is still subject to approval from the UK government.
Todd Boehly pictured at Stamford Bridge in May 2022
IMAGO/PA Images/Adam Davy
The Premier League published a statement on Tuesday.
It read: “The Premier League Board has today approved the proposed takeover of Chelsea Football Club by the Todd Boehly/Clearlake Consortium.
“The purchase remains subject to the Government issuing the required sale license and the satisfactory completion of the final stages of the transaction.
“The Board has applied the Premier League’s Owners’ and Directors’ Test (OADT) to all prospective Directors, and undertaken the necessary due diligence.
“The members of the Consortium purchasing the club are affiliates of the Clearlake Capital Group, L.P., Todd Boehly, Hansjorg Wyss and Mark Walter.
“Chelsea FC will now work with the relevant Governments to secure the necessary licenses to complete the takeover.”
Abramovich was sanctioned by the UK government in March due to his alleged links to Russian president Vladimir Putin.
Chelsea owner Roman Abramovich pictured at Stamford Bridge in 2015
IMAGO/Adam Davy
As a consequence of those sanctions, Abramovich is not permitted to make any money from the sale of Chelsea.
Abramovich has also been sanctioned by the European Union.
He is expected to donate the proceeds from the club’s sale to victims of the war in Ukraine.
The government and the EU have both demanded assurances that Abramovich will not receive any money as a result of Chelsea’s sale.