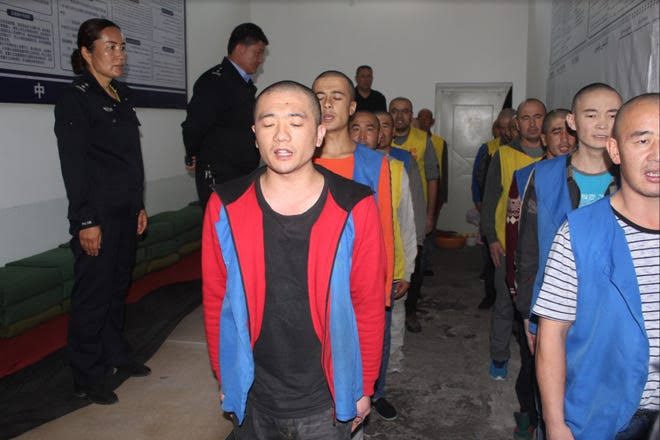 Formula shortage reveals gaps in regulation and reporting
A voluntary recall of baby formula manufactured at an Abbott Nutrition plant in Sturgis, Michigan, helped lead the way to a nationwide shortage of infant formula. The Biden administration has responded by working with Abbott to restart production and flying in additional supplies from Europe. No link has established between infections in four recent sick babies and production at any Abbott Nutrition plant. But although most of the attention has been focused on fixing the dire supply shortfall, regulators are confronting deeper issues of safety that persist in the manufacturing of powdered infant formula.
Pfizer says three vaccine doses work in youngest children
Pfizer and BioNTech on Monday said preliminary findings from a clinical trial of children younger than 5 showed three doses of their coronavirus vaccine produced a strong enough immune response to meet the criteria for authorization. In a news release, the companies said the three-dose regimen had been 80% effective in preventing symptomatic infection in a subset of the 1,678 trial participants, who were ages 6 months through 4 years. A spokesperson for Pfizer said comprehensive results would be disclosed next month. About 18 million children younger than 5 are the only Americans not yet eligible for vaccination.
Early voting surges as Georgia watches for effect of election law
Early voting turnout in Georgia’s primary elections surged past previous milestones, signaling an energized electorate in a newly minted political battleground that remains ground zero in the national fight over voting rights, and setting off a fresh debate over a major voting law that had largely been untested before this year. Republicans quickly pointed to the early totals — more than 857,000 ballots were cast in an early voting period, roughly three times as many as in the same period in 2018 — to argue that the law, passed last year by the GOP-led legislature, was not suppressing votes.
Supreme Court limits inmates’ challenges
Ruling against two Arizona inmates, the Supreme Court on Monday sharply cut back on prisoners’ ability to challenge their convictions by arguing their lawyers had been ineffective in state court proceedings. The 6-3 decision split along ideological lines. Justice Clarence Thomas, writing for the majority, said a federal court considering a habeas corpus petition “may not conduct an evidentiary hearing or otherwise consider evidence beyond the state-court record based on ineffective assistance of state post-conviction counsel.” He based his decision on a 1996 law limiting habeas corpus petitions, on the judicial system’s interest in finality and on state sovereignty.
Russia official calls out war in a fiery exit
Boris Bondarev says President Vladimir Putin of Russia could have spent the last two decades “developing the country” but instead turned it “into some kind of total horror, a threat to the world.” Bondarev would know: He spent his career promoting Putin’s foreign policy. A diplomat at Russia’s United Nations mission in Geneva, Bondarev on Monday became the most prominent Russian official to resign and publicly criticize the war in Ukraine since the invasion Feb. 24. “For 20 years of my diplomatic career I have seen different turns of our foreign policy, but never have I been so ashamed of my country as on Feb. 24 of this year,” Bondarev said in an email to colleagues.
Climate change fuels heat wave in India and Pakistan, scientists find
Global warming has made the severe heat wave that has smothered much of Pakistan and India this spring hotter and much more likely to occur, climate scientists said Monday. They said that the chances of such a heat wave increased by at least 30 times since the 19th century, before widespread emissions of planet-warming gases began. On average the heat wave is about 1 degree Celsius (about 1.8 degrees Fahrenheit) hotter than a similar event would have been in those preindustrial times, the researchers said. “Climate change is a real game changer when it comes to heat waves,” said Friederike Otto, a climate scientist at Imperial College London. “It’s really a major factor.”
Pentagon says more high-tech weapons going to Ukraine
Defense Secretary Lloyd Austin says nearly 50 defense leaders from around the world met Monday and agreed to send more advanced weapons to Ukraine, including a Harpoon missile launcher and missiles to protect its coast. Gen. Mark Milley, chairman of the Joint Chiefs of Staff, says “low-level” planning is underway on how the U.S. may need to adjust its training of Ukrainian forces or use of U.S. troops in the country. Asked if U.S. special operations forces may go into Ukraine, which officials have insisted they are not doing yet, Milley says that any reintroduction of U.S. forces into Ukraine would require a presidential decision.
By wire sources