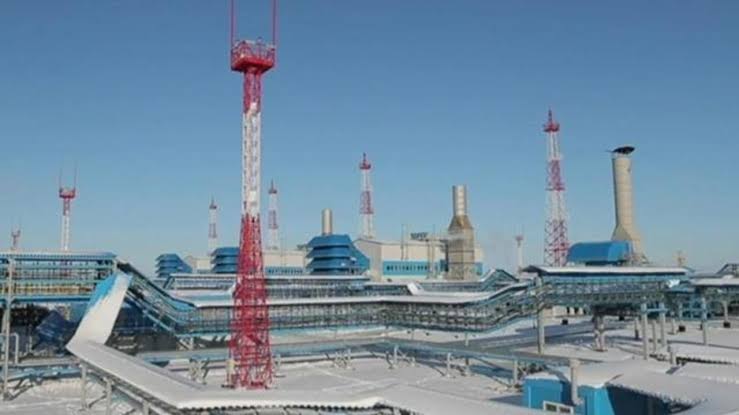 Watch CBS News
By Irina Ivanova
Updated on: May 27, 2022 / 7:39 AM / MoneyWatch
The Russian ruble is the best-performing currency in the world this year.
Two months after the ruble’s value fell to less than a U.S. penny amid the swiftest, toughest economic sanctions in modern history,  Russia’s currency has mounted a stunning turnaround. The ruble has jumped 40% against the dollar since January.
“It’s an unusual situation,” said Jeffrey Frankel, professor of capital formation and growth at the Harvard Kennedy School.
Normally, a country facing international sanctions and a major military conflict would see investors fleeing and a steady outflow of capital, causing its currency to drop. But Russia’s unusually aggressive measures to keep money from leaving the country, in combination with the forcefulness of Western sanctions, are working to create demand for rubles and pushing up its value.
The ruble’s resiliency means that Russia is partly insulated from the punishing economic penalties imposed by Western nations after its invasion of Ukraine, although how long that protection will last is uncertain.
The main reason for the ruble’s recovery is soaring commodity prices. After Russia invaded Ukraine on February 24, already high oil and natural gas prices rose even further.
“Commodity prices are currently sky-high, and even though there is a drop in the volume of Russian exports due to embargoes and sanctioning, the increase in commodity prices more than compensates for these drops,” said Tatiana Orlova, lead emerging markets economist at Oxford Economics.
Russia is pulling in nearly $20 billion a month from energy exports. Since the end of March, many foreign buyers have complied with a demand to pay for energy in rubles, pushing up the currency’s value.
At the same time, Western sanctions and a wave of businesses leaving the country have led to a drop in imports. In April, Russia’s account surplus — the difference between exports and imports — rose to a record $37 billion.
“We have this coincidence that, as imports have collapsed, exports are soaring,” Orlova said.
Russia’s central bank has also propped up the ruble with strict capital controls that make it harder to convert it to other currencies. That includes a ban on foreign holders of Russian stock and bonds taking dividend payments out of the country.
“That used to be quite a significant source of outflows for currency from Russia — now that channel is closed,” Orlova said.
Meanwhile, Russian exporters are required to convert half of their excess revenues into rubles, creating demand for the currency. (The conversion requirement was 80% until this week, when it dropped to 50%.) On top of that, Orlova noted, it’s extremely difficult for foreign companies to sell their Russian investments, another obstacle to capital flight.
“Although we are seeing these announcements that Western companies are leaving Russia, quite often they simply have to hand over their stakes to their local partners. It doesn’t actually mean they are being paid a fair price for their stakes, so they are not moving large amounts of cash from the country,” she said.
All these factors are creating demand for rubles, boosting the currency’s value.
“While this is not a free market-determined exchange rate, ruble stability is at the same time ‘real,’ in the sense that it’s driven by Russia’s all-time high current account inflows,” Elina Ribakova, deputy chief economist at the Institute of International Finance (IIF), said via email.
The ruble’s rally has been so strong that it’s creating some challenges for Russia’s central bank, which this week took steps to bring its currency closer to historic levels.
“Russia’s central bank is trying to loosen capital controls because it feels the ruble is too strong,” Ribakova said. “But the central bank is in a rough spot. If they continue loosening, they may open the floodgates of capital flows out of the country. In previous crises, $200 billion left the country in a matter of months.”
But while the ruble’s bounceback and the strength of Russia’s oil exports have temporarily cushioned the economy from sanctions, that’s unlikely to last. European nations have vowed to cut their imports of Russian gas by two-thirds this year, for example — a potentially crippling blow given Russia’s dependence on energy exports.
One sign the Russian economy remains under severe pressure is that inflation in Russia is more than double the rate in the U.S. That’s creating pressure for Russians to move their money out of the country, said Frankel of the Harvard Kennedy School.
“The temptation to get assets out of Russia, for Russian citizens to find a way around the controls … will grow, especially with the inflation rate now as high as it has shot up,” he said.
Another concern for Russia is that the cutoff of imports could lead to industrial shortages, while a drop in foreign investment is expected to drag down the country’s economic growth for years, the Institute of International Finance predicted. The IIF expects Russia’s economy to shrink 15% this year, wiping out more than a decade of economic development.
“Export controls, the ‘brain drain’ of talent out of the country; a European shift away from Russian energy dependence and an exceptionally unfriendly business climate will all weigh on Russia’s growth in the years to come,” Ribakova said.
First published on May 26, 2022 / 2:27 PM
© 2022 CBS Interactive Inc. All Rights Reserved.
Copyright ©2022 CBS Interactive Inc. All rights reserved.
Quotes delayed at least 15 minutes.
Market data provided by ICE Data Services. ICE Limitations. Powered and implemented by FactSet. News provided by The Associated Press. Legal Statement.