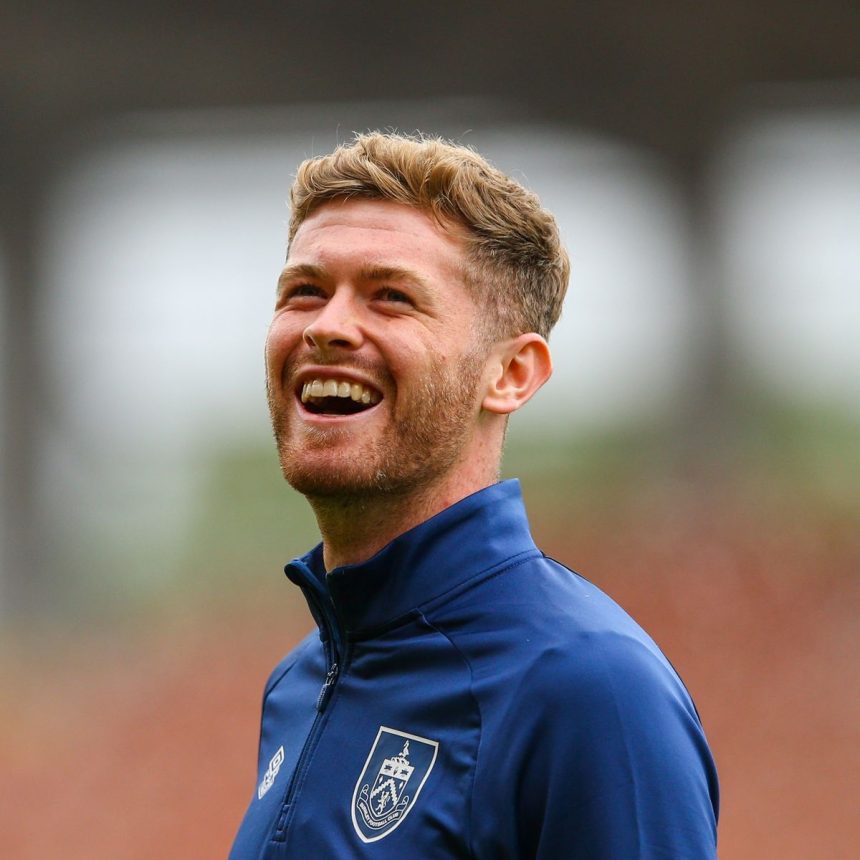 The Clarets will have to work hard to keep some of their best players for their return to the Championship
Get the latest Burnley FC news delivered straight to your inbox each day – sign up for free email updates
With Burnley looking to adjust to life back in the Championship, a number of their players are being linked with a Premier League stay.
Given the financial situation at the club and with a number of important players in the side with the potential to continue to play at the very highest level, it comes as no surprise to see various names linked with a move elsewhere. The management situation is still yet to be resolved, although it looks increasingly close to a resolution so that planning can properly start for life in the second tier.
READ MORE: Burnley 2022-23 squad make-up with transfer priorities clear and potential departures assessed
Under Mike Jackson, the Clarets initially picked up and looked as though they could be heading for an unlikely survival bid following the departure of Sean Dyche, but a defeat on the final day sealed their fate as Leeds United leapfrogged them out of the relegation zone. That has left question marks over the futures of many names in the squad, so here is every Burnley player to have been linked with a move back to the top flight thus far.
The young defender became an increasingly important figure in the second half of the Premier League season and that has brought attention with it. Arriving from Stoke City in 2021 on a four-year deal, Collins has been earmarked as the future of the Burnley defence with James Tarkowski inevitably moving on to pastures new and Ben Mee with similar uncertainty surrounding his future.
Newcastle and Leeds United have both been linked with a move for the 21-year-old this summer with the Whites potentially rubbing salt into the wounds given they survived on the final day. It would serve as a blow and leave the central defensive area as one that would need major rebuild works should Collins depart as well as Tarkowski in the same window.
With his contract expiring this summer, it has long been inevitable that James Tarkowski will depart Turf Moor after six seasons at the club. The 29-year-old has been at the heart of Burnley’s success under Sean Dyche and now with a new era on the horizon, Tarkowski will be going in another direction.
Aston Villa and Everton have both been credited with a move for the central defender, whilst West Ham and Leicester City have also been admirers in the past. He won’t be short on suitors and whilst there is European interest, a return to the Premier League this summer is expected as the centre half looks to return to the England national team setup.
Another England call-up for the summer will see Nick Pope continue on the international stage for now following Burnley’s relegation but with links to both Fulham and West Ham in recent days, the Clarets will no doubt have to fight to keep hold of another important asset who has been at the club since 2016.
Reports suggest a £40m price tag has been placed on his head at Turf Moor and at 30-years-old you would be hard pressed to find any club willing to part with that sort of money. That being said, no doubt the interest will continue and if Burnley are to return to the Premier League at the first time of asking, keeping hold of players like Pope will be essential to their chances.
Cornet is a more recent arrival compared to the others on the list, however given he already had good status in the game from his time at Lyon before his move to Turf Moor last summer, interest has peaked once again. West Ham and Everton have both been linked with a move for the forward who no doubt has ambitions to return to the Premier League as quickly as possible.
Nine goals in 26 appearances has been a positive return for the Ivorian and there is no doubt that, should he remain with the club heading into the Championship, he would be pivotal to Burnley’s chances of a swift return to the top flight.
Download the LancsLive app for free on iPhone here and Android here.
Don’t miss a thing from the club you love! For all the latest updates on Burnley, sign up to our free newsletter packed with all the latest news here.