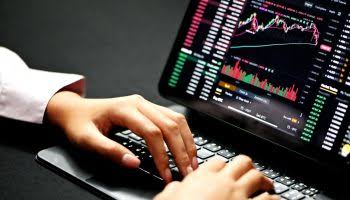 NFTs (non-fungible tokens) have taken over the Internet these days. But they are showing up in the physical world as well, including at a construction site off Old Ivy Road in Buckhead.
NFT renderings fit right in at that spot, the soon-to-be home of the Atlanta Blockchain Center. The Center, which is set to open this June, is a co-working decentralized autonomous organization (DAO), learning space, and hub for connecting blockchain-related ideas in the city.
Those aren’t just buzzwords, founder Marlon Williams told Hypepotamus. The center is looking to bring together the growing Blockchain-related community and put Atlanta on the map for the development of crypto, Blockchain, and Web3.0 technologies.
That might mean working with a founder to figure out what specific Blockchain to use for an upcoming project, helping another founder market a new venture in the space, or preparing someone else to raise capital for a Blockchain-related venture.
It is also built as a new type of community center for the Atlanta technology scene. “​​We purposefully selected a location that was near Atlanta Tech Village but had its own unique vibe to it. Didn’t want it to look like a corporate facility whatsoever,” said Williams when asked about how the Center will interact with the local tech community.
“We’re not here to compete. We are here to collaborate,” he added. “​​We’re happy to work with everyone who wants to explore Blockchain, whether they’re investors or entrepreneurs or enthusiasts or students. We’re open to everyone.”

Williams started his technology career as a software developer in the medical transcription space but was an early enthusiast of Bitcoin, the overall Blockchain technology, and the community that has grown up in Miami. He is now a partner at Starter Capital, the venture arm of Starter Labs, which is backing the Center.
Creating such a Center in Atlanta as opposed to Miami is a strategic decision for Williams and the Starter Capital team. Williams believes that Atlanta’s strong FinTech and enterprise scenes make it ripe for Blockchain innovation.
The Center will also be home to the upcoming BitAngels Atlanta chapter, an investor network with chapters in different cities.
For Williams, the Center could play a part in creating even more use cases for Blockchain.
“When people hear Blockchain, they just hear bitcoin and cryptocurrency and NFTs now…but prior to the development of Blockchain, there was no way I could send you a document and not possess it anymore. In the Age of Information, everything was really just a copy. Now, we can transfer value over the Internet…and use Blockchain to eliminate middlemen across many industries.”
The Atlanta Blockchain Center will have its ribbon-cutting ceremony on June 13th .