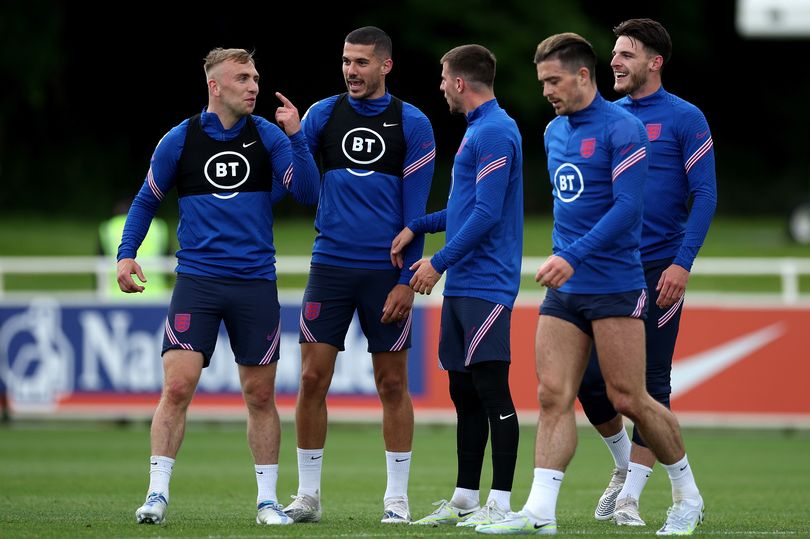 A round-up of the day’s key Premier League stories
Kieran Tierney’s injury-enforced absence raises a selection issue for Scotland manager Steve Clarke ahead of their vital World Cup play-off against Ukraine on Wednesday. Who plays on the left of defence in place of the marauding Arsenal wing-back-turned-centre-back?
Scott McKenna has yet to fully settle at international level, but he has been in brilliant form for Nottingham Forest. Leeds United captain Liam Cooper appears to be the other candidate. Those two players are out-and-out centre-backs, however. If Clarke prefers a more attack-minded left-centre-back in the mould of Tierney, Bologna teenager Aaron Hickey – who played there for Hearts on occasion – would appear to fit the bill.
Tottenham have signed Croatia international Ivan Perisic on a free transfer. The 33-year-old will join the Premier League side when his contract at Inter Milan expires at the end of June after agreeing a two-year deal.
Perisic worked with Spurs boss Antonio Conte at the San Siro, winning the 2020-21 Serie A title together, and turned down a new contract with the Italian club in order to head to London.
His arrival will mark a departure from Tottenham’s usual transfer policy of signing younger players with a sell-on value and is a further signal that they are giving their full backing to Conte.
Perisic is an experienced winner, having lifted league titles in Germany – with Borussia Dortmund and Bayern Munich – and Italy while also playing and scoring in a World Cup final for Croatia.
His versatility will appeal to Conte, who deployed him as a left wing-back at Inter, but he can also play as a winger, a second striker or attacking midfielder. He leaves the San Siro after seven years with happy memories.
Jarrod Bowen admits an England career felt “a million miles away” as he was plying his trade in non-league football just eight years ago. The 25-year-old West Ham forward earned a maiden Three Lions call-up for the forthcoming Nations League fixtures following a fine Premier League campaign.
Previously linked with Newcastle United, Bowen ended the season with 12 league goals as the Hammers secured European qualification through their league position for a second successive year.
Having seen his chances of a first cap thwarted by injury back in March, Bowen’s form endured on his return to the West Ham side and he is now in line to make his England debut in the coming weeks.
It would see the culmination of a rise to the top of the game that was almost ended when former club Hereford went bankrupt in 2014. Asked where his England dreams were at that stage Bowen replied: “A million miles away, at the time it was Conference football for my local team and that was it.
“Obviously you have dreams but you don’t think of someone from Hereford, to get a move to Hull in the first place, it was just playing for my local team and just playing week in, week out in the Conference.
“Sometimes I sit back and look back at where we’ve come from, and especially being in an England camp now – not being big-headed, I’ve got to take my hat off to myself from where I’ve come from and what I’ve done. It is everything. Everything you dream of when you’re growing up and to get the call, obviously it’s an honour and a privilege of mine.”