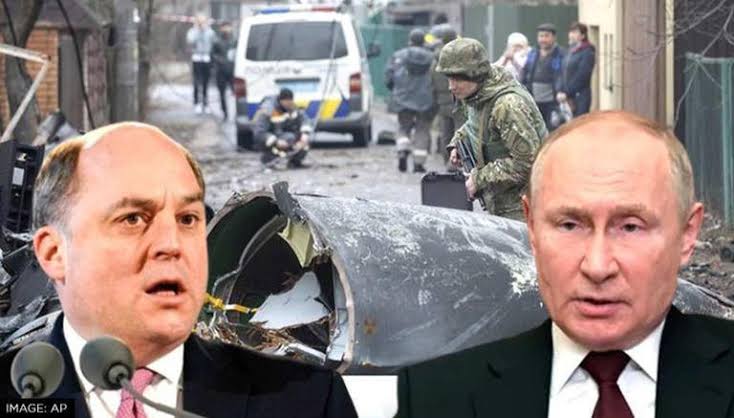 SEARCH
Quick links:
India News
World News
Sports News
Entertainment News
Technology News
Shows
Business News
Elections
Image: AP
As the war between Russia and Ukraine has reached its day 96, the UK Defence Ministry released its latest intelligence update on Monday, May 30. The British intelligence has said that Russia has “likely suffered” losses among its junior and mid-ranking officers in the war. The UK ministry said that the loss of a large number of professional officers will “likely exacerbate” their difficulties in modernising the approach to having control of the Ukrainian territory.
“Russia has likely suffered devastating losses amongst its mid and junior ranking officers in the conflict,” the UK Defence Ministry said in the latest intelligence update.
According to the UK Defence Ministry, junior officers had to lead the lowest level tactical activities due to a lack of highly trained and empowered non-commissioned officers (NCOs) who otherwise play the part in Western forces. It further said, “Brigade and battalion commanders likely deploy forwards into harm’s way because they are held to an uncompromising level of responsibility for their units’ performance.” The battalion tactical groups (BTGs) that have been deployed in Ukraine are expected to be “less effective” as they do not have junior leaders.
The British Defence Ministry said that credible reports of mutinies have revealed that a lack of experienced platoon and company commanders has led to a decrease in the morale of Russian forces. Ever since the Russian invasion of Ukraine, the UK and its allies have been supporting Ukraine with humanitarian and defence assistance. Earlier on May 28, UK Prime Minister Boris Johnson discussed strengthening defence support and working on reopening ports of Ukraine with Ukrainian President Volodymyr Zelenskyy in a telephonic conversation.
“With multiple credible reports of localised mutinies amongst Russia’s forces in Ukraine, a lack of experienced and credible platoon and company commanders is likely to result to a further decrease in morale and continued poor discipline,” the UK Defence Ministry said in the latest intelligence update.
Latest Defence Intelligence update on the situation in Ukraine – 30 May 2022

Find out more about the UK government’s response: https://t.co/ZlY83BdoL1

🇺🇦 #StandWithUkraine 🇺🇦 pic.twitter.com/A9VVmuIBU4
It is pertinent to note here that Russia launched a military offensive in Ukraine on February 24. Since then, the hostilities between the two warring nations have led to death and destruction in Ukraine. In the latest update, the Ukraine Defence Ministry on Monday, May 30, has claimed that nearly 30,350 Russian troops have been killed since the offensive began on February 24. According to the General Staff of the Armed Forces of Ukraine, Russian forces have lost 1349 tanks, 3282 combat armored machines, 643 artillery systems and 205 multiple launch rocket systems, 2258 vehicles and fuel tanks. In addition, Russian armed forces lost 93 anti-aircraft warfare systems, 207 aircraft, 174 helicopters, 507 UAV operational-tactical level, 118 cruise missiles, 13 ships or boats and 48 special equipment.
Follow all the Russia-Ukraine War News and Headlines on Russia-Ukraine War LIVE Updates