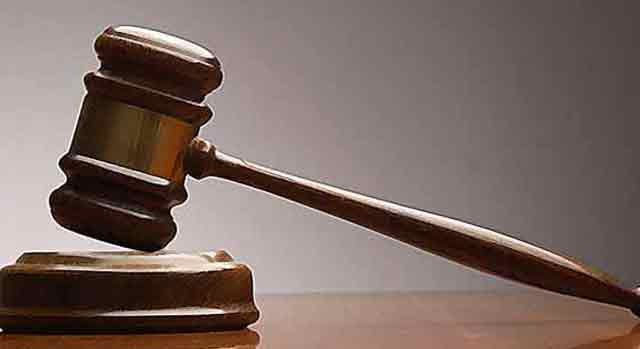 Court symbol used to illustrate the story.
An Ado-Ekiti High Court on Wednesday sentenced a 29-year-old farmer, Tobi Owajulu, to 10 years imprisonment for raping a 17-year-old girl.
The police charged Mr Owajulu on June 12, 2021, with rape contrary to Section 31(2) of the Child’s Rights Law, Cap. R7, Laws of Ekiti State, 2012.
Delivering Judgment, the judge, Adeniyi Familoni, held that the prosecution proved the rape against Mr Owajulu beyond a reasonable doubt.
Mr Familoni did not give the convict an option to pay a fine.
”The convict richly deserves the legal consequence of his misdeed.
‘’Therefore, Owajulu Tobi is hereby sentenced to ten (10) years imprisonment without any option of fine’’ he said.
To prove his case, the prosecutor, Taiwo Ajibulu, called five witnesses and tendered statements of the defendant, medical report, and underwear as exhibits.
The convict spoke through his counsel, Gbenga Abiola, in his own defence, but called no witness.