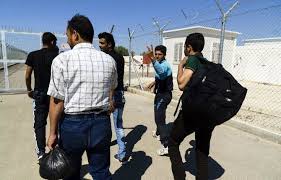 We are concerned about new Turkish threats which pose high risk on northern Syria. Any offensive will divide Syrians, create a new humanitarian crisis, and displace original inhabitants and IDPs. New escalation will also negatively affect our campaign against ISIS.
Turkey has pledged to launch a new military incursion against the Syrian Kurdish YPG militia, the spearhead of the SDF, which controls swathes of the north at the Turkish border.
While Turkey views the Kurdish-led forces in Syria as terrorists and a national security threat, the United States views the SDF as a major partner that helped drive Daesh out of vast areas of Syria.
President Tayyip Erdogan said on Wednesday Turkey will rid northern Syria’s Tal Rifaat and Manbij areas of terrorists, confirming the targets of the new incursion for the first time and saying it will continue into other regions.
Ankara has carried out four operations in northern Syria since 2016, seizing hundreds of kilometers of land and pushing some 30 km deep into the country, mainly targeting the YPG.
Washington has expressed concern about any new offensive in northern Syria, saying it would put US troops at risk and undermine regional stability.