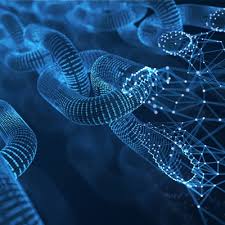 By Susan Miller
Reno, Nevada, which styles itself as the “Biggest Little City in the World,” is putting its registry of historic properties on the blockchain.
With what it calls the “Biggest Little Blockchain,” Reno is testing a city-run and resident-focused distributed ledger platform. The pilot registry will run for free on BlockApps’ blockchain platform STRATO, a system purpose-built for permanent recordkeeping that simplifies data sharing and collaboration across siloed systems.
The Reno blockchain will allow landowners and developers who want to make significant changes to historic properties on the registry to file for “Certificates of Appropriateness” for proposed maintenance or additions. Those proposed modification requests and the city’s responses will be stored on the blockchain.
When the application launches later this summer, the public and all relevant city departments will be able to access the same record through the platform, ensuring clarity, immutability and transparency. This project marks the first time Reno residents will be able to access information and check on the status of changes to historic buildings with just a click, city officials said.
Other cities have experimented with blockchain for document and data tracking.
Clerks in Wise County, Virginia, can create, store and access smart land records that can be used by local constituents, the banks, realtors and others to rapidly certify ownership of property. New York City’s Department of Finance is working to develop a blockchain proof-of-concept that would make data in property documents transparent and immutable and detect and reduce deed fraud. In December 2021, Miami announced a decentralized indoor and outdoor air-quality monitoring network built on the Algorand blockchain.
Reno hopes to expand the scope of the Biggest Little Blockchain and bring more processes onto the network, such as regular maintenance work, permitting and licensing.
“Citizens deserve transparency and accountability from their government, and this new pilot project empowers every Reno resident with easy access to information,” Reno Mayor Hillary Schieve said. “How fitting that we are starting with the historic buildings that are the heart and soul of our community.”