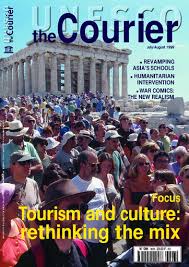 This live blog is now closed, we will be returning in a few hours to bring you all the latest developments.
Nearly 100 children were killed in Ukraine during the month of April alone, but actual figures could be significantly higher, the United Nations children’s fund said.

Here’s what happened so far:

For those visas issued for refugees to go to England, 49% have arrived, 28% of those planning to go to Scotland arrived and 16% have arrived in Northern Ireland.
Ukraine President Volodymyr Zelenskiy says Russia has destroyed 570 health care facilities and 101 hospitals, according to the New York Times. The remarks came during his nightly address to the nation. He also said some schools were struck on Thursday in northern Ukraine.

Earlier today, the United Nations Human Rights Council passed a resolution to investigate Russia’s human rights abuses in Ukraine in a 33-2 vote.
US Senator Rand Paul of Kentucky has blocked the passage of a $40bn aid bill to Ukraine. Paul demanded changes to the legislation that would include implementing a special inspector general to oversee how the aid is spent, according to CNN.
“We cannot save Ukraine by dooming the US economy,” Paul said.
Senate majority leader Chuck Schumer and Republican leader Mitch McConnell offered to allow a vote on the Republican senator’s amendment. But CNN is reporting that Paul insisted that it be added to the actual bill.

“The package is ready to go,” Schumer said. “The vast majority of senators on both sides of the aisle want it. There’s now only one thing holding us back the junior senator from Kentucky is preventing swift passage of Ukraine aid because he wants to add at the last minute his own changes directly into the bill. His change is strongly opposed by many members of both parties.”

Michael Carpenter, the US Ambassador to the Organization for Security and Co-operation in Europe (OSCE), said that “at least several thousand Ukrainians” have been sent to so-called “filtration centers” in Russia, according to a transcript of his remarks to the OSCE Permanent Council.
“During this so-called ‘filtration’ process, Russia’s forces reportedly process and interrogate detained Ukrainian citizens to identify anyone with ties to the Ukrainian government or military, as well as individuals with ‘pro-Ukraine’ convictions,” Carpenter’s remarks reads.
Carpenter went onto say that residents of Mariupol were reportedly evicted from shelters and forced onto buses to these “filtration camps” without telling them where they were going.
“Numerous eyewitness accounts indicate that ‘filtering out’ entails beating and torturing individuals to determine whether they owe even the slightest allegiance to the Ukrainian state,” his remarks continue.

More from his transcript:
.css-knbk2a{height:1em;width:1.5em;margin-right:3px;vertical-align:baseline;fill:#C70000;}According to these reports, those who are judged to have such an allegiance are transferred to the so-called “Donetsk People’s Republic,” where they face a dark fate.
According to one survivor, “If a person was suspected of being a ‘Ukrainian Nazi’, they took them to Donetsk for further investigation or murder…. Everybody was afraid to be taken to Donetsk.” Another survivor recounted a conversation she overheard between two Russian soldiers as she and her family were undergoing “filtration” outside of Mariupol. “What did you do with people who didn’t pass the filtration?” one soldier asked. The response: “Shot 10 and stopped counting.”
Authorities in Spain have identified houses, companies and one luxury yacht belonging to Russian oligarchs who are on the sanctions list, Reuters is reporting. In the weeks since Russia’s invasion of Ukraine, Mariano García Fresno, the head of the General Council of Notaries’ money laundering prevention unit said the group noticed increased activity as oligarchs attempted to transfer ownership and stakes of businesses to relatives or associates.
More context from Reuters:

.css-knbk2a{height:1em;width:1.5em;margin-right:3px;vertical-align:baseline;fill:#C70000;}This week, the European Commission, the EU executive, said it would introduce a legislative proposal to prosecute those who attempted to evade sanctions, for instance by transferring their assets to family members.
After reviewing more than 1,000 names among millions of transactions registered with Spain’s public notaries since 2004, García Fresno’s unit established that sanctioned oligarchs had stakes in at least 10 Spanish companies and 13 foreign ones.
The information was handed over to the country’s financial intelligence unit and the Treasury and, in late April, the government confirmed it had frozen 12 funds and bank accounts linked to five people on the sanctions list, along with three luxury yachts and 23 properties.
Some interesting analysis from Michael Kofman, director of Russia studies at the Center for Naval Analyses in Washington DC, on Russia’s mobilization problem in its invasion of Ukraine.
Kofman argues that Russia is currently “operating at peacetime strength”.
However, without declaring a state of war, or conducting partial mobilization the force is still operating at peacetime strength. Below is one estimate of how a hypothetical brigade with 3,500 personnel may have only a fraction actually available for deployment. 5/ pic.twitter.com/NnMmAd3tcZ
He notes that Vladimir Putin seems hesitant to declare a state of war. Currently, Putin has designated the invasion of Ukraine as a “special operation”.
All in all, I don’t see general mobilization as technically feasible or likely, hence I suggested this would not be declared on May 9th. A combination of halfway measures won’t dramatically change Russian fortunes either, but they could significantly extend the war. 23/
As it stands, Russian options are shrinking. The more they drag their feet the further their ability to sustain the war deteriorates, and the worse their subsequent options.
Reuters is reporting that Ukrainian forces have set on fire a Russian ship in the Black Sea:
.css-knbk2a{height:1em;width:1.5em;margin-right:3px;vertical-align:baseline;fill:#C70000;}Ukrainian forces have damaged a modern Russian navy logistics ship in the Black Sea, setting it on fire, a spokesman for the Odesa regional military administration in southern Ukraine said on Thursday.
Spokesman Serhiy Bratchuk said in an online post that the Vsevolod Bobrov had been struck near Snake Island, the scene of renewed fighting in recent days, but did not give details. The tiny island is located near Ukraine’s sea border with Romania.
Video footage shows the Azov fighters in Mariupol engaging in a counter-attack at the steel plant where hundreds of soldiers and civilians have been under siege.
The Battle of Azovstal.
Historic footage. pic.twitter.com/Kz3XhWCNE8
Graffiti shows signs of Ukrainian resistance in Russian-occupied Kherson.
#Ukrainian resistance in the Russian occupied city of Kherson (Херсон) – southern #Ukraine. https://t.co/JNxDTfvzSv pic.twitter.com/5DS0cnHuai
This is Lauren Aratani taking over for Léonie Chao-Fong.
Despite sanctions and boycotts against Russia’s oil exports, the country’s oil revenues are up 50% this year, according to Bloomberg, citing a report from the International Energy Agency.
In 2022, Russia earned about $20bn per month in 2022 from oil sales. The revenue stream represents exports of about 8m barrels a day, according to the agency.
The EU – despite its stance against the invasion – has taken in about 43% of the country’s oil exports.
Russia’s supplies were down by 1m barrels a day last month, meaning that the country could soon see an economic impact from the sanctions and boycotts.