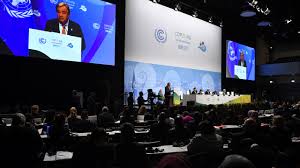 [FILES] Patricia Espinosa, Executive Secretary of the U.N. Framework Convention on Climate Change poses, in Bonn, Germany, February 15,2021. Picture taken February 15, 2021. James Dowson/UN Climate Change/Handout via REUTERS.
The Bonn Climate Change Conference is designed to prepare for the United Nations Climate Change Conference (COP27) in November of this year beginning today.
The meeting will take place against a backdrop of accelerating climate impacts and geopolitical tension. In addition to the efforts of governments to increase ambition to tackle climate change, COP26 marked a significant shift towards stronger non-party stakeholder involvement, which is set to continue in Bonn.
COP27 in Sharm el-Sheikh, Egypt, will build on the positive outcome of last year’s conference – COP26 in Glasgow, which finalised operational details of the Paris Agreement and identified work in the key areas of mitigation, adaptation, support – particularly finance – and loss and damage.
Non-party stakeholders will be able to provide input to several streams of work launched in Glasgow, for example relating to the global stocktake – a process that will assess progress on the implementation of the Paris Agreement, as well as the Glasgow Dialogue on loss and damage.
With 197 Parties, the United Nations Framework Convention on Climate Change (UNFCCC) has near-universal membership and is the parent treaty of the 2015 Paris Climate Change Agreement.
The main aim of the Paris Agreement is to keep a global average temperature rise this century well below two Celsius and to drive efforts to limit the temperature increase even further to 1.5 degrees Celsius above pre-industrial levels.
The UNFCCC is also the parent treaty of the 1997 Kyoto Protocol. The ultimate objective of all agreements under the UNFCCC is to stabilise greenhouse gas concentrations in the atmosphere at a level that will prevent dangerous human interference with the climate system, in a time frame, which allows ecosystems to adapt naturally and enables sustainable development.
UN Climate Change Executive Secretary, Patricia Espinosa, called on governments not to be deterred:
“Climate change is not an agenda we can afford to push back on our global schedule. We need decisions and actions now and it is incumbent on all nations to make progress in Bonn,” she said.
Espinosa noted that to implement the commitments made to achieve the 1.5 degrees Celsius goal of the Paris Agreement, the world has a significant workload ahead, but also a great deal to build on. But ambition must urgently be raised to avoid the worst impacts of climate change, and immediate action is needed. Currently, the world is on track to more than double the 1.5 degrees Celsius goal of the Paris Agreement by the end of the century.
“COP27 in Egypt needs to focus on Implementation. There, nations must show how they will, through legislation, policies and programmes and throughout all jurisdictions and sectors, begin putting the Paris Agreement to work in their home countries,” the UN’s top climate change official said.
“In Egypt, all sectors of the economy and societies need to tangibly show that they recognise the magnitude of the climate emergency we face and are taking bold, concrete steps — backed by specific plans — to deliver the urgent and transformational climate ambition we simply must see before it’s too late,” she added.
At the June sessions, discussions will take place on a range of important topics, including greenhouse gas emission reductions, adapting to climate impacts and providing financial support for developing countries to cut emissions and adapt to climate change.
The Chair of the Subsidiary Body for Scientific and Technological Advice (SBSTA), Tosi Mpanu Mpanu, expressed confidence that despite the particularly difficult geopolitical context this year, climate change remains very high on the agenda of governments.
“Climate change is the biggest threat to life and livelihoods we face. We need to underline that climate change is the biggest issue of our time. In the last months, we have seen a lot of eagerness from governments to get down to work in Bonn. We have seen a lot of work at workshops and other events – there is a great appetite to make progress,” he said.
The Chair of the Subsidiary Body for Implementation (SBI), Marianne Karlsen, said: “Climate Action and implementation of the Paris Agreement require ownership from everyone. It is crucial to mobilise that engagement, competence and ownership from all. Whilst the UNFCCC is a party-driven process, it is imperative for us to be as open and inclusive as we can.”
Follow Us