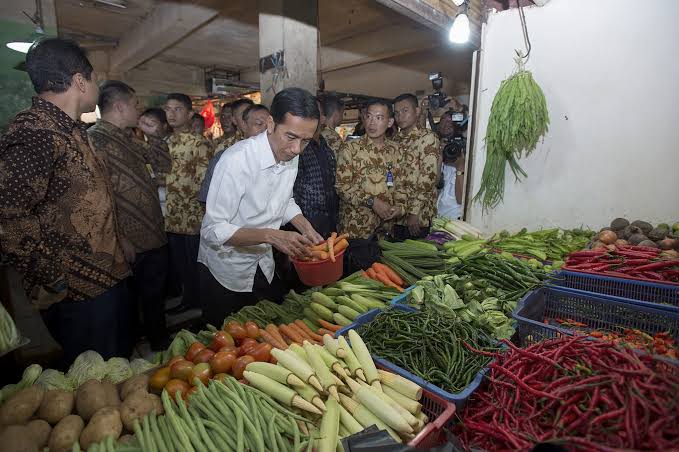 Author: Editorial Board, ANU
The costs of Russia’s brutal invasion of Ukraine continue to mount, not only in terms of lives lost and cities and villages reduced to rubble. The war in Europe has loaded big costs on the global economy, especially developing economies already under stress from the COVID-19 crisis, and is shaking the foundations of the global economic and political order on which post-war prosperity and security were built.
Prosecution of the war has meant not only high-powered NATO materiel support for Ukraine but the imposition of comprehensive economic sanctions to target a clear Russian violation of international law. The sanctions, however effective in diminishing the Russian economy and disconnecting it from the world economy, come at the considerable cost of squeezing world energy and food markets and also undermine systemic trust in the international trade regime. Russia’s blockade of Ukrainian grain exports piles on additional pressure to world grain supplies. Russian energy exports continue and the high prices are cushioning the massive economic blow to the Russian economy.
Economic warfare, like the bloody military conflict, needs an exit strategy. The costs of the economic sanctions not only on Russia but also on the global economy and the developing world increase as the economic recovery task grows. The United States and Europe must define a clear, credible exit that will rebuild both Ukraine and Russia.
While the world is in no mood to reward aggression, for very pragmatic reasons the political and economic settlement after the war needs to be open to re-engagement with Russia in order to stave off nationalism and extremism. This can avoid a tragic repeat of Versailles in 1919, when a defeated Germany was punished so severely that it turned to revenge, rather than rebuilding its connections with the world, and create the framework for an enduring peace and embracing victor and vanquished alike as with Germany, Japan and Italy in the settlement at the end of the Second World War.
Putting together elements of a strategy for settlement after the conflict in Europe and restoration of confidence and trust in the global economic regime is key to achieving an enduring peace itself. But there is little sign yet of an appetite for taking up the big challenge of thinking through what those elements might be.
The mood in Washington to punish Putin and Russia is powerful and the United Kingdom and Poland appear well out in front of America. Keeping the coalition together, all members of which proclaim that Ukraine will be the arbiter when to sue for peace, is the immediate priority. Recently the leaders of France, Germany and Italy have all made statements urging some sort of negotiation and ceasefire.
The economic consequences of the framework for settlement of the war in Europe are not only of importance to the Atlantic powers and Russia; they are also of prime importance to the whole world. That’s one reason why Indonesia has been right to insist that Russia’s conflict with Ukraine and its impact on the global economy and global economic regime are unavoidable issues for deliberation at the G20 summit which it will chair in November in Bali.
Hence President Joko Widodo’s invitation to Ukraine’s President Zelensky as well as Russian President Putin to attend the meeting. How to manage and focus this big issue productively and in a way that strengthens rather than weakens the G20 process will require proactive, high level Indonesian diplomacy however the conflict evolves over the coming six months.
A framing at the Indonesian G20 meetings that focuses on the economic impact of the conflict and the framework for a postwar settlement in Europe, including the conditions for lifting sanctions and rebuilding the Ukrainian and Russian economies, is a way forward.
Meanwhile the pressure of the Ukraine conflict on energy and food prices must elevate food and energy security as top priority for the G20 summit.
As Peter Timmer argues in our lead article this week, ‘the world food situation has gone from bad to worse … The current crisis … involves fuels, fertilizers and foods, especially wheat and vegetable oils. At the same time, the crisis is now more acute. All of these commodities are experiencing low inventories, curtailed production, and disrupted supply chains. It will not be easy to stop this crisis, much less return to more normal trade patterns. Coordination among the world’s leading economies will be needed to make progress’.
With Indonesia in the G20 chair, there is a chance for it, and for ASEAN as a major regional trade organisation, to encourage a formal commitment from G20 members to focus on food security and roll back trade restrictions. Indonesia will need to lead by example, winding back restrictions on palm oil exports.
What’s needed, Timmer suggests, is a firm pledge to avoid any further export restrictions on critical commodities, especially wheat, vegetable oils and fertilizers. Leaders will also have to agree to reduce, and eventually eliminate, export restrictions on these critical commodities. Individual countries can be given considerable leeway to time their actions in accordance with their local political circumstances.

As Timmer points out, many countries have panicked in the face of global shortages. China banned the export of agricultural chemicals, Indonesia banned the export of palm oil, and India banned the export of wheat. The United States has expanded its commitment to maize-based ethanol, raising the mandated amount in gasoline supplies to lower the cost of driving. That maize could have been diverted to human consumption, to help substitute for wheat shortages. Malaysia seems ready to lift its mandate to blend palm oil into diesel fuel supplies. That palm oil supply can now re-enter the global food supply chain.
Indonesia played a stabilising role in the 2007–08 rice crisis, Timmer reminds us. The trade minister at the time, Mari Pangestu, announced a ban on rice exports from Indonesia. She was mocked by regional rice traders at the time because Indonesia is a regular rice importer. But the announcement served its purpose. Unlike in Vietnam and the Philippines, there was no panic in Indonesia, as Indonesia’s rice supplies served to reassure domestic consumers that soaring world prices would not affect Indonesia.
Hosting and husbanding the G20 process becomes more complicated and critical day by day, a measure of the indispensable role that international cooperation has to play in dealing with the problems that we face in the world today.