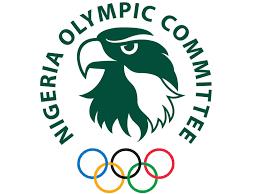 BIRMINGHAM 2022
Olawale Ajimotokan  in Abuja
The Nigeria Olympic Committee (NOC) and officials of the British High Commission met on Friday in Abuja towards fast tracking the visa process for the Nigerian contingent to the Commonwealth Games scheduled to hold in Birmingham between  July 28  and August 8, 2022.
The NOC was represented by its President, Habu Gumel, and Secretary General, Olabanji Oladapo, while the British High Commission delegation was led by its Political Counsellor, Jonathan Bacon.
The meeting took place at the Association of National Olympic Committees of Africa (ANOCA) secretariat, Abuja.
Gumel described the meeting as important, saying it would facilitate the process of travelling to the Commonwealth Games by the Nigerian contingent that will require UK visas. He said the NOC had also received all the guidelines regarding visa from the British delegation.
“We had a meeting with them where we received all the guidelines regarding the visa issuance for our contingent. It was a very good meeting and we got details of what we wanted. We will immediately start processing the visas so that our contingents will have their visas ready in time for us to go and participate at the Games that we will make our country proud,” Gumel said.
He added the committee had also got all the assurances from the high commission that the visa issuance would be devoid of hitches if the Nigerian contingents did the right thing.
“We have been given the guidelines. We have to do all the processes we are expected to do and pass through the normal channel. The visa will be issued without delay,” Gumel said.
He also added that more than 700 journalists applied for the Games media accreditation. He said those journalists whose applications were approved had been sent biometrics while their visas were being processed.
In his remarks, Bacon said the British High Commission was delighted to discuss with the NOC on Nigeria’s participation for the Commonwealth Games. He said the Games will be a fantastic event for all people from all over the world that will be attending.
“We discussed various issues with the NOC that will help in making the Games successful. We discussed about visa process for members of the Games family who wish to travel to the UK and start the process to make it as smooth as possible. That is in progress and other things as well which we are very hopeful will help make the Games successful,” Bacon said.