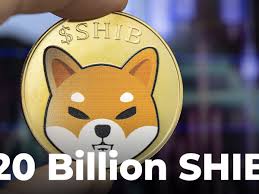 Disclaimer: The opinion expressed here is not investment advice – it is provided for informational purposes only. It does not necessarily reflect the opinion of U.Today. Every investment and all trading involves risk, so you should always perform your own research prior to making decisions. We do not recommend investing money you cannot afford to lose.
Shiba Inu’s recently launched burn portal is still gaining a lot of traction less than a week after launch. In the first 24 hours after its launch, the official SHIB Twitter handle had reported a whopping eight billion tokens being burned as SHIB owners burned their tokens en masse. Now, less than a week after launch, this figure has more than doubled.
🔥🔥🔥 20 BILLION SHIB BURNED!! 🔥🔥🔥 Keep rocking #SHIBARMY !! pic.twitter.com/cgblAudrcV
Presently, reports indicate that more than 20 billion SHIB tokens have been burned since the portal went live on Sunday. By burning SHIB tokens, users permanently remove them from the circulating supply by transferring them to a burn address. It is possible to make the token a little more scarce in this manner, potentially boosting the token’s price.
Shiba Inu-themed burger joint Welly has announced that the SHIB community will have a 15% ownership stake in its business. A portion of the earnings from all activities will go to the community. Also, the community will be able to decide whether to burn or use these tokens for another purpose. Welly had previously indicated its intention to burn a portion of the revenue received in SHIB tokens.
THIS IS WHY WELLYS IS A GOOD MOVE. Now…please…let’s take over the world one yummy item at a time. https://t.co/rsYblIhZ1S
In other news, Shiba Inu’s lead developer, Shytoshi Kusama, responds to naysayers on Shiba Inu and John Richmond’s collaboration, saying, “Oh man… anyone who doubts the Shib x @JRichmondstyle collaboration is going to eat their words on a sesame seed bun. And if you don’t think a supermodel wearing Shib designs isn’t revolutionary, then there is nothing else I can say. But I’m sure clones will follow & get praise.”
At the start of March, Shiba Inu announced its cutting edge partnership in the fashion world as the upcoming ramp walks might feature SHIB and John Richmond-themed ensembles.
Meanwhile, whales continue to accumulate SHIB as the price prepares for another major move. In recent hours, two top Ethereum whales bought nearly 200 billion SHIB.
🐳 ETH whale “Bombur” just bought 50,852,928,611 $shib ($1,153,852 USD).

Tomiwabold is a cryptocurrency analyst and an experienced technical analyst. He pays close attention to cryptocurrency research, conducting comprehensive price analysis and exchanging predictions of estimated market trends. Tomiwabold earned his degree at the University of Lagos.
Disclaimer: Any financial and market information given on U.Today is written for informational purpose only. Conduct your own research by contacting financial experts before making any investment decisions.