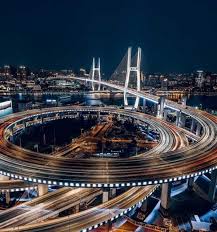 The regional integration projects of the Global South have advanced notably in the past several years with AfCFTA and RCEP among the most significant achievements. At the same time, there is tremendous scope for a far greater variability and diversity in the platforms that may be launched by Global South economies, the most sizeable and comprehensive of which could include the aggregation of CELAC (Latin America), African Union (Africa), SCO (Eurasia). A more diverse set of regional blocs that targets deeper integration could feature a BRICS+ platform that comprises the South African Development Community (SADC), MERCOSUR, BIMSTEC, China-ASEAN FTA, Eurasian Economic Union (EAEU). Other possible variations of South-South platforms could include pragmatic platforms that bring together the national and regional development institutions of the Global South, smart platforms that target greater digital connectivity through digital economic alliances (DEAs) as well as sustainable platforms that are focused on green development.

The vast terrain of the Global South could become a laboratory of innovation in the various forms of platforms that could involve not only country-to country (C2C) or regionstoregion (R2R) platforms, but also platforms that bring together key corporates from the Global South (B2B) in strategic sectors, including high-tech and IT. One of the latest examples of such platforms is a grouping of carbon-negative countries comprising Suriname, Bhutan and Panama the club could further expand and likely could include more countries from the Global South in the near future.

The Global South is of course more fragmented than the advanced world, but the flip side of this is the greater scope for aggregating the numerous regional integration projects and the corresponding development institutions. With the benefit of learning from the leaders of integration in the West the Global South could make use of that wealth of experience in building integration arrangements and platforms and go even further in overtaking the leaders. There may be a number of factors that could make the platforms of the Global South competitive: openness and inclusivity compared to the selectivity and exclusivity of Western platforms; multicultural character of such platforms in the developing world; the significantly greater scope for a reduction in tariff barriers in the Global South as well as the higher growth potential.

In some ways China has already demonstrated the possibilities of leading and outpacing the advanced economies in building platforms that target greater outreach to the Global South and the broader global economy its Belt and Road Initiative (BRI) has attracted criticism from the West but also efforts to emulate the outreach to the developing world in the sphere of connectivity via such projects as B3W and the EUs Global Gateway. The problem with the latter two projects is that at the start they are presented as competitive substitutes to the BRI, without due provisions for linking up with other such connectivity projects emanating from the Global South.

The formation of the platforms of the Global South will raise the potential for the use of national currencies and the de-dollarization of trade and investment across the developing world. At this stage there are hardly any numerical estimates of the effects of the use of national and regional currencies in the Global South if these are to emerge from the academia one may expect to observe non-trivial dividends on the back of lower currency mismatches (amid at times high levels of debt) and lower transaction costs.

The key to the success of the platform enterprise for the Global South is the joint action coming from China and India thus far experience on this is checkered and contradictory. While there is joint action in platforms such as BRICS and the Shanghai Cooperation Organization (SCO), there is also the divide over Indias participation in the QUAD and its non-participation in RCEP. Going forward, joint coordination will be indispensable and may become stronger the more both countries realize the benefits arising from the operation of the platforms of the developing economies. Overall, the key competitive edge that may be exercised by the platforms of the Global South would be avoidance of a core-periphery pattern while it may be tempting to look at the RICs (Russia-India-China) as the Eurasian core of the Global South, it will be imperative to ensure due diversity and scope for inclusiveness in the operation of Global South platforms.

Todays global governance is a frail colossus with feet of clay the rising weight of the Global South and the diversity of platforms and alliances across the globe cannot be duly supported by an institutional framework that is circumscribed to a number of international organizations. A reinvigorated and a more sustainable global governance system needs to allow for the divergence rather than convergence in economic models and platforms and should accord due importance to the role of the developing economies and regional integration arrangements. The future global governance system is likely to evolve towards greater diversity in multiple country-to-country and region-to-region platforms with the dominance of any one single platform being progressively undermined by the rising competition from across the main regions of the global economy.