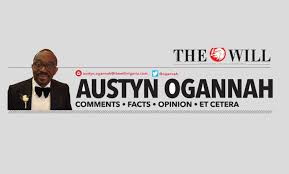 June 12, (THEWILL) – Before the major political parties, the ruling All Progressives Congress (APC) and the Peoples Democratic Party (PDP), held the conventions that produced their flag bearers for next year’s presidential election, I had cause to write about the significant responsibility that party delegates owe this country in putting forward men and women of unimpeachable character and exemplary leadership, who will be charged with leading the country towards progress.
Under the title, “Delegates, Monetisation of Politics and Danger to Nigeria’s Democracy” on May 29, I pointed out how it was unfortunate that the lofty nature of the ideal roles of party delegates had not been considered, with the sacredness it deserved, by the political class in Nigeria, especially those of the two major political parties. Delegates from both parties brazenly displayed wanton disregard for the exalted roles of their positions, preferring selfish enrichment, instead.
While the conventions went on, the recurring theme was the ungodly sums that had been disbursed to delegates by aspirants anxious to be nominated by the parties for one elective or the other. The higher the position the candidate was vying for, the higher the sum of money demanded by the delegates, with the presidential candidates dolling out as much as $20, 000 per delegate to buy votes.