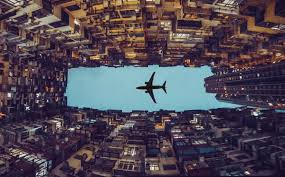 If it is true that the Luna Foundation Guard (LFG) really sold 80,000 bitcoin (BTC) to defend the terraUSD’s (UST) peg during its meltdown, it is likely that USD 25,000 to USD 27,000 is the bottom of this bitcoin market cycle, according to crypto essayist and former BitMEX CEO Arthur Hayes.
Writing in a blog article published on Thursday, Hayes said that, although proof that the LFG’s bitcoins were sold has not yet been produced, he has “no reason to doubt the veracity” of the disclosures the LFG has made.
He added that he, therefore, assumes the coins were indeed sold, calling it “quite a feat” to sell that amount of bitcoin in such a short time.
“After contemplating the nature in which these Bitcoins were sold, I am even more confident that the USD 25,000 — USD 27,000 zone for Bitcoin is this cycle’s bottom,” Hayes wrote.
The former BitMEX CEO continued by referring to a number of metrics that he said can serve as indicators for a crypto bottom. Among them, he pointed to correlations between bitcoin and ethereum (ETH), and the Nasdaq 100 index, saying they show that crypto decoupled from other risk assets during the latest sell-off.
The recent decoupling is “good at a macro level,” Hayes argued, adding that other indicators also point to “a local low” for crypto.
But despite stating that the bottom is close – or that it may even have passed – Hayes pointed out that the recovery will be far from a straight line higher. He said that both “politics and [the] macroeconomic picture must coalesce” before a meaningful recovery can begin, and advised investors to “reduce the noise of the market” and “focus on what matters.”
“[A]any rally will be sold into, until the underbrush in the forest is clear and the diamond-handed apes can emerge safely from hibernation,” Hayes wrote.
Hayes told readers that, as a result of the “choppy price action” expected ahead, it “pays to wait” or to have a longer time frame.
The former exchange boss ended his essay by saying that,
“For those who must trade on a shorter day, week, month, or quarter time frame, good luck. Please affix a sturdy pair of Depends upon your bottom, and prepare to babysit your Bitcoin.”
___
Learn more:
– Bitcoin Funds See Weekly Inflows as Analysts Debate ‘Bounce’
– As inflation ‘Mellows Out’, a Bottom in Crypto is Likely in ‘The Back Half of 2022’ – VC Investor