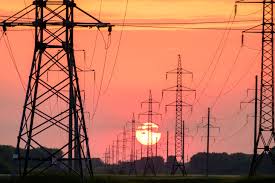 It’s rare to read about economic growth at the moment, but most Southeast Asian countries have seen their economies double in size since 2000.
However, this growth has been so rapid that it’s now threatening to outstrip the region’s ability to keep itself supplied with energy, according to a new report from the International Energy Agency (IEA).
Power generation in the region has almost tripled in the past two decades to keep pace with economic growth, with the largest increase coming from coal-fired power plants, the Southeast Asia Energy Outlook 2022 says. Rising living standards have led to a threefold increase in the number of air conditioning units over the same period.
There has also been a tripling in the length of paved roads and the number of vehicles on them. Meanwhile, the proportion of the population with access to electricity climbed from 60% in 2000 to 95% in 2020.
But first COVID-19 and now the turbulence in global oil and gas markets caused by Russia’s invasion of Ukraine have dented Southeast Asia’s energy and economic prospects.
Governments across Southeast Asia have pledged to reduce their dependence on fossil fuels and set targets to move to carbon neutrality. But the IEA says these countries are unlikely to hit these targets with their current policies.
Energy demand in Southeast Asia has increased by an average of 3% a year since 2000 – a trend that is set to continue as economic growth returns after the pandemic. However, the IEA says three-quarters of this new demand is likely to be met by fossil fuels, increasing CO2 emissions by a third.
Although the region imports most of its oil from the Middle East and Africa, market turbulence caused by Russia’s war on Ukraine has “shone a spotlight on the energy security vulnerabilities of Southeast Asian countries”, the reports says.
The transition to clean energy will provide a long-term solution to soaring oil and gas prices, the IEA says. However, it warns that energy costs will rise in the short term for a number of Southeast Asian nations, as they need to increase their fossil fuel stockpiles to guard against supply disruptions.
In recent years, only about 40% of the region’s energy investment has gone into renewables. That needs to increase sharply to help keep global temperature rises below 2°C, the IEA says, estimating that these nations will need to spend $190 billion a year by 2030 on solar and wind capacity and on improving energy grids.
Unpredictable regulation and restrictions on foreign direct investment are holding back private-sector investment, the report adds. It says solar energy in Indonesia would be 40% cheaper if its investment and financing risks were comparable to those of advanced economies.
Contracts with power generators also need to become more flexible to reflect the variable nature of renewable generation, the report says. Power stations in some countries are currently paid whether their electricity is needed or not.
The region could also cut its emissions in the short term by increasing its use of low-emissions biofuels and carbon capture technology, the IEA says. Even switching from coal to natural gas would cut emissions by 30% by 2050 compared with current policies.
“Gains have been especially pronounced in energy access and security,” the report says. “However, challenges over the next decade abound. Energy demand per capita has grown 18% in the last decade and is projected to double by 2050.”
Energy, materials and infrastructure are the global foundations of strong economic growth. With increasing environmental, societal and financial pressures on these sectors, how do we help them deliver a fair, net-zero future?
The World Economic Forum’s Platform for Shaping the Future of Energy, Materials and Infrastructure works with five industries: electricity, oil and gas, mining and metals, engineering and construction, and chemicals and advanced materials. The platform enables business, government and society to grow sustainable economies, help stop climate change and foster equality worldwide.