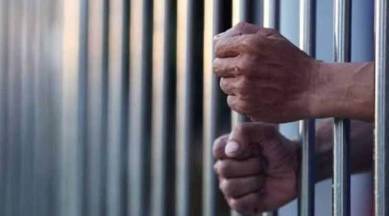 A 24-year-old Indian-origin man was jailed for 10 weeks after he injured a private-hire driver during a physical tussle last year for cancelling his booking, a media report has said.
Timothy Thiranraj Sivaraj’s victim ended up sustaining a tailbone fracture, along with bruises on his face and a scratch injury on his little finger.
Thiranraj, a Singaporean, pleaded guilty to one charge of intending to voluntarily cause hurt, which turned into grievous hurt, to the 41-year-old Grab driver, reported TODAY newspaper.
Another unrelated charge, in relation to him carrying and throwing a woman to the ground at the rooftop garden of a public housing block, was taken into consideration for sentencing.
The woman suffered a broken nose from this. Court documents did not give more details on the incident.
The court on Thursday heard that Thiranraj booked a Grab ride on the evening of Jan 20 last year.
The driver waited for a few minutes at the pick-up point, a public housing block on Punggol Field, but Thiranraj did not turn up. The driver then cancelled the booking.
Thiranraj called to ask the driver to wait for him, but the other man declined to do so and said that he had already cancelled the booking. They then began arguing over the phone.
At this point, the driver drove past Thiranraj along the service road towards the exit to Punggol Field. The pair then got into a verbal tiff, which led to Thiranraj pinning the driver to the ground.
He later let go of the driver and walked away. The driver then began taking a video of Thiranraj with his mobile phone, asking him not to walk away because he would be calling the police.
Thiranraj turned around, slapped the driver’s mobile phone from his hand and pushed him on the shoulders, causing him to fall backwards onto the ground.
A passer-by called the police to report the fight.
The driver then sought treatment at Sengkang General Hospital a few hours later. He was diagnosed with facial bruising as well as contusions on his lower back and knee, among other minor injuries.
He declined to take an X-ray at that point. However, he then continued experiencing persistent pain in his neck and lower back, which worsened when he bent forward.
Four days after the incident, he went to Woodlands Polyclinic and was diagnosed with an undisplaced fracture of his coccyx (bone at the base of the spine), arising from Thiranraj’s push.
He was given a total of 11 days of medical leave and paid SGD190.39 for his medical treatment. Thiranraj was ordered by the court to compensate him for that.
He could have been jailed for up to five years or fined up to SGD10,000, or punished with both.