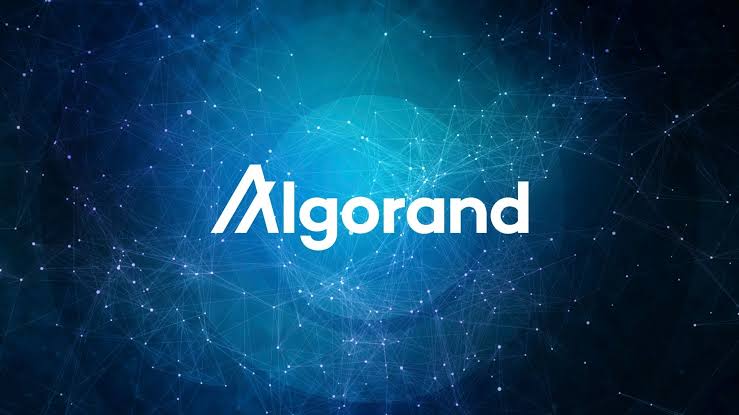 Algorand is scalable, has smart contracts, and supports DeFi. It’s no wonder some people prefer it over Ethereum.
Algorand is a smart contract platform that enables developers to build scalable decentralized applications.
The Algorand network was founded in 2017 by Silvio Micali, a professor at the Massachusetts Institute of Technology (MIT). He is a decorated academic with many awards, including the Turing Award (in computer science) and the RSA prize for his work in cryptography.
So, what features allow Algorand to prosper as a scalability platform?
Algorand uses the Algo token, the native token used to pay for transaction fees, reward validator nodes, and incentivize other network activities. Algorand has a fixed supply of 10 billion Algo, which were minted at genesis. These tokens will be distributed till 2030, following Algorand’s Long Term Allocation (LTA) plan.
Algorand’s LTA plan details how Algo will be distributed to support the ecosystem and incentivize community activities. This plan is designed in such a way that it rewards participants who commit to the network’s governance in the long term. Participants ideally express this commitment by locking their Algo tokens for a long time.
Algorand uses a pure proof of stake (PPoS) algorithm to secure transactions on its network. With this protocol, any node that stakes its coins is eligible to validate transactions on the network. The protocol randomly chooses nodes that will take part in the validation, with each participant’s voting power directly proportional to their staked coins.
Unlike most proof of stake (PoS) consensus mechanisms that only choose a handful of nodes to participate in transaction validation, PPoS ensures that most of the network participates in the process. This measure ensures that the security of the entire network is not compromised if just a few nodes decide to act dishonestly.
Additionally, if most nodes chosen in PPoS decided to act dishonestly, this would be at their own peril. Acting in such a manner would only devalue the currency’s value, in turn hurting their own asset holdings.
Algorand is an open-source permissionless public blockchain. Permissionless means that anyone can join & participate in the network without prior approval from any node/anyone.
The Algorand blockchain is built to be scalable, decentralized, and secure. It achieves scalability with its very low transaction fees (a fraction of a cent) and its fast transaction finality.
Transaction finality refers to the time it takes before a transaction on the blockchain can not be rolled back. In most blockchains, multiple forks compete to be added to the public ledger during transaction validation. This is not the case with Algorand.
On the Algorand blockchain, there can never be forks, thanks to the PPoS algorithm, which ensures this. Forks affect the time for transaction finality.
A good example to demonstrate this would be Bitcoin. It takes an average of 10 minutes to add a block to the Bitcoin ledger. However, you need to wait for about an hour to confirm that your transaction has been irreversibly added to the blockchain.
Such a characteristic is not good for a network that needs to scale. As for the Algorand protocol, it’s able to add blocks and at the same time ensure transaction finality all within a five-second time frame.
Algorand has also managed to stay true to decentralization. As discussed in the previous section, it achieves this through random selection of network validators through the PPoS algorithm.
Ethereum was the first decentralized smart contract platform. Other platforms, like Algorand, were developed as “Ethereum-killers.”
These so-called Ethereum-killers came up due to high gas costs & slow transaction speeds on Ethereum. Algorand has, by all means, met its goal of a scalable smart platform, beating Ethereum to it as of this writing. Of course, there are other Ethereum-killers like Cardano and Solana, though both of these platforms struggle with effective scaling.
Algorand is a smart contract platform, which means that blockchain developers can use it to build DeFi applications, create NFTs, and build decentralized applications (DApps).
Algorand also features its native token, Algo, which is used for a number of purposes. These include trading it for other coins, paying network fees, and accumulating rewards through staking.
Algorand’s unique proof-of-stake algorithm ensures that it can scale rapidly while still ensuring security and decentralization. The Algorand blockchain has indeed championed the scalability challenge in the blockchain industry. Its founder, Prof. Silvio Micali, is one of the inventors of popular blockchain scalability technologies, such as zero-knowledge proofs, and with Micali at the helm, many expect Algorand to continue its impressive expansion.
Jerome is a Staff Writer at MakeUseOf. He covers articles on Programming and Linux. He’s also a crypto enthusiast and is always keeps tabs on the crypto industry.
Join our newsletter for tech tips, reviews, free ebooks, and exclusive deals!