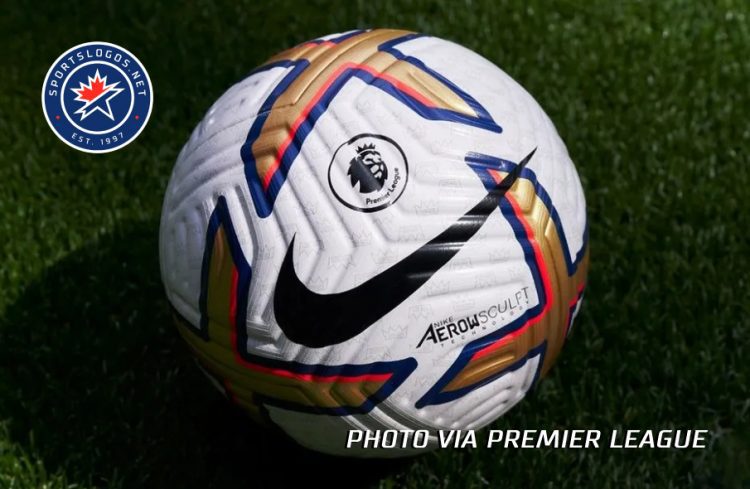 News and blog on new sports logos and uniforms, rumours, concepts, and history in baseball, basketball, hockey, football, soccer and NCAA at Chris Creamer’s Sports Logos Page SportsLogos.Net
Nike and the Premier League are turning back the clock to find inspiration for the league’s match ball for next season.
The 2022-23 season marks the 30th season of the Premier League as we know it today. In 1992, 22 of England’s top clubs broke away from the Football League’s First Division to form the Premier League.
The graphics on the Nike Flight model for 2022-23 — which was unveiled on Thursday, June 16, along with the season’s fixture list — are inspired by the first ball used in the Premier League, a Mitre Pro Max model. It features gold crosses with thick blue borders and red detailing. The white base is covered in a pattern of light grey crowns.
The Premier League has used Nike balls since 2000, and specifically the Flight model since 2020. During the 2021-22 season, three different versions of the Flight ball were used:
The Flight ball features Nike’s Aerowsculpt technology, which uses molded grooves to “disrupt airflow across the ball for less drag and more stable flight.” It is made up of four fused panels, creating larger sweet spots for powerful strikes. Its All Conditions Control finish is “designed for reliable touch in wet and dry weather.”
The new Nike Flight model are available to purchase online and in stores.