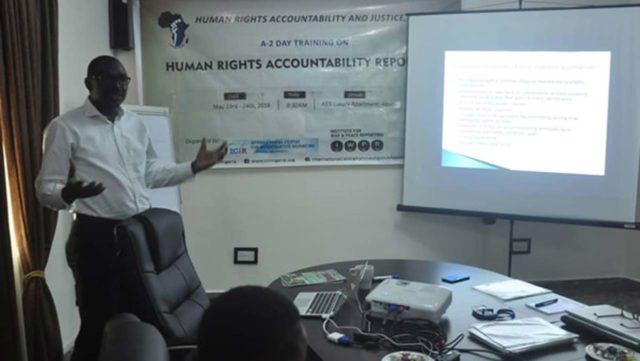 As part of its 10th-year anniversary celebration, the International Centre for Investigative Reporting (ICIR) will on Wednesday, June 22, hold a media event on Media Sustainability at Transcorp Hilton Hotel, Abuja.
The issue of financial viability and sustainability is one that media organisations around the world grapple with daily. This challenge is exacerbated by the erosion of advertising revenues through the rise of technology platforms such as Facebook, Google, Twitter, and several others.
It is in view of these multiple challenges that the ICIR is inviting media practitioners and other stakeholders to a conference on media sustainability in Nigeria.
Speaking on the planned conference, the Executive Director and Founder of the ICIR, Dayo Aiyetan observed that “the time is now to have a conversation on the future of the media in Africa, particularly its viability and profitability.”
A keynote address on Sustainability Imperatives for African Media would be delivered by Tshepo Mahloele, Chairperson of Arena Holdings, one of Africa’s largest English newspaper publishers in South Africa.
In a statement signed by the Managing Editor, Ajibola Amzat, a panel discussion that follows would have as discussants Chief Nduka Obaigbena, Chairman, Thisday Newspapers; Ms Chris Anyanwu, CEO, Hot Fm; Mallam Kabir Yusuf, CEO, Daily Trust Newspapers; and Ms Kadaria Ahmed, CEO, RadioNow and Professor Abigail Ogwezzy – Ndisika of the University of Lagos, UNILAG.
Martins Oloja, the Managing Director of Guardian Newspaper Limited will moderate the conversation while Euginia Abu, a respected TV personality, would compère the event.
The ICIR is an independent, non-profit news agency that promotes transparency and accountability through robust and objective investigative reporting.
Its mission is to use excellent, investigative journalism to promote good governance by building a culture of critical reporting in the media.