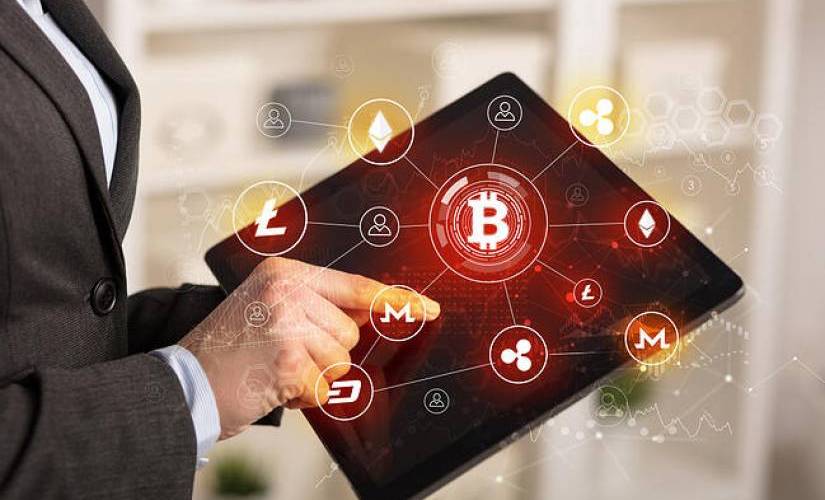 A successful company’s goal is to safely store digital data and operate it on a trusted platform, and companies worldwide are shifting to blockchain data storage. A blockchain organizes data into blocks and encrypts them, increasing data security.
Blockchain has been the industry buzzword since 2009 when Satoshi Nakamoto implemented blockchain technology as a core component of Bitcoin; the industry buzzword has been blockchain. The success of Bitcoin demonstrated the capabilities of blockchain-based transactions, and now everyone is planning to incorporate blockchain technology into almost everything.
In this blog, we’ll discuss what blockchain testing is about, its types, what phases and tools can be used, and how blockchain is revolutionizing in the future. We’ll also build and test a smart contract with some of the recommended testing tools.
The term “blockchain” refers to a digital ledger in which records are bound together in small blocks to form a continuous chain, hence the name. This digital ledger has distinct characteristics that set it apart. For example, it is decentralized, meaning that each transaction added to the chain is replicating so that each node has the same copy.
Secondly, once a record is added to the chain, it cannot be edited or recalled. While these distinctive features distinguish this ledger, they also complicate it. As a result, proper testing and validation need to perform before deploying a blockchain.
Assume a person checks into a hotel, and the hotel blocks their credit card for the amount of their entire stay, and the current block on the credit card can only be detached after check-out. Is it necessary? Yes, since there is a lack of trust between the client and the company.
This can be remedied utilizing blockchain technology, and there is no need to block the money unnecessarily.
Similarly, an import and export firm does not need to execute SWIFT transactions since the bank guarantees the items until they reach the importer, thus benefiting companies with tamper-proof, safe, and transparent transactions. This is accomplished by utilizing Blockchains’ peer-to-peer ledgers, encrypting transactions, and providing real-time payments. According to a World Economic Forum report, blockchain-based technology may be used to store 10% of global GDP by 2027. Isn’t it interesting? With this data, blockchain technology may be viewed as the future, and every organization should consider if it can be used to help them expand. A blockchain is a highly secure and encrypted digital record that takes the form of a chain of blocks connected using encryption.
This cryptography employs a hashing function, which is the act of generating a unique key value after entering a value into the hash function. To stay linked, each block in the blockchain will have a unique hash value, and each block will have the hash value of the preceding block. Blockchain technology was initially created for digital currencies like Bitcoin, but its merits led to its use in documenting financial transactions and essentially everything of substantial value.
Due to its safe nature of business, the commercial and automotive sectors use blockchain mostly. Bitcoin and Ethereum, for example, get effective support from this technology. The graphic below shows how blockchain technology transactions function. Source: weforum
“Blockchain testing” is the process of systematically evaluating the blockchain’s many functional components (e.g., smart contracts). Unlike traditional software testing, blockchain testing involves a number of components such as blocks, mining, transactions, wallets, and so on, all of which necessitate the use of specialized testing tools.
Moreover, blockchain testing contributes to developing various quality stages, ranging from system performance to blockchain application security. Blockchain was originally intended to be a secure online platform for transferring and processing cryptocurrency.
Some of its current applications include sorting transactions for a faster or more affordable payment method, encrypting patient digital health information for increased privacy, and more.
Blockchain technology has transformed the way businesses operate. It is at the heart of popular digital currencies like Bitcoin. Testers must learn how to assess blockchain applications with expanding deployment and integration capabilities.
Where are they most likely to run into trouble? Furthermore, blockchain uses are not inadequate to the financial realm; its smart contract base is built into a wide range of fields, from energy allocation to government functions. All of those mentioned above provide distinct obstacles to blockchain debugging.
In addition, with blockchain technologies’ growing popularity, we must be willing to modify existing testing methodologies. However, some of the primary testing issues in the blockchain include a lack of best practices and the provision of appropriate means for dealing with the size, test data, security, and performance.
Testing a blockchain network guarantees that all key stakeholders are appropriately validated for operation. As a result, it provides a secure and functioning infrastructure for businesses.
Testing Blockchain-based apps present many issues as a result of technological advancements. We require specialist competencies such as Smart Contract Testing, Node/Peer Testing, and mathematical and cryptographic talent.
We have industry-leading technologies in addition to standard testing and validation, such as integration testing, functional and non-functional testing, security testing, and performance testing.
A blockchain confines to a modular network of nodes, with the nodes being high-performance computer systems. Every node in the universal network copies the blockchain’s transaction history, and the blockchain verification process is dependent on consensus procedures.
While confirming a recent transaction and building a new block for it, all nodes need data input that they cross-check against available data.
Due to the nature of the blockchain system and all of the distinct entities it requires to operate, such as massive nodes — there are multiple encryption algorithms for communication between nodes exchanging transactional data.
Validating all these different entities is necessary to verify that the established blockchain ecosystem works as intended.