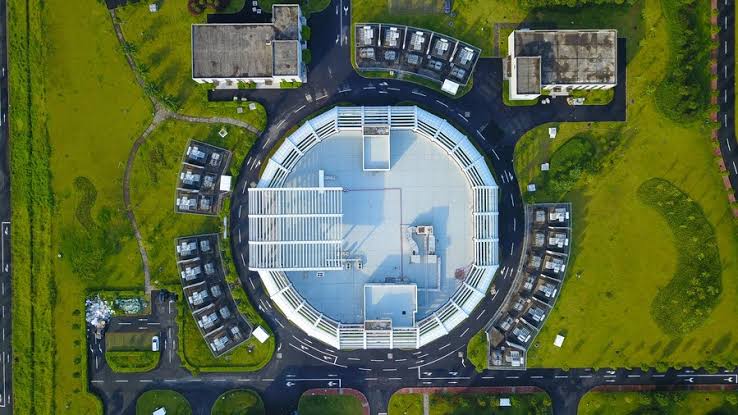 * The Pearl River Delta in south China’s Guangdong Province has transformed from a base of traditional manufacturing industries — with low technical content and added value — into an international highland for science and technology.

* Dubbed the city of home appliances in China, Shunde District of Foshan City has promoted more than 33 percent of major industrial enterprises to realize digital transformation and intelligent production in recent years.
* Taking advantage of leading economic strengths in the country, Guangdong has also been devoted to building scientific apparatus and attracting national-level research institutes.
GUANGZHOU, July 9 (Xinhua) — The Pearl River Delta in south China’s Guangdong Province has over the past decade gradually transformed from a base of traditional manufacturing industries — with low technical content and added value — into an international highland for science and technology.
A host of traditional manufacturing enterprises in the Pearl River Delta have embraced a digital transformation over the past 10 years. Guangdong Province has also made efforts to strengthen weak areas in basic scientific research and accelerate its cultivation of strategic emerging industries.
DIGITAL TRANSFORMATION
In a production workshop at Midea Group, a Chinese home appliance giant based in Foshan City of Guangdong, lines of industrial robots perform operations while two uniformed technicians monitor parameters on a digital screen.
Midea Group, which owns four “lighthouse factories,” has transformed from a traditional home appliance manufacturing company into a benchmark company for digital production in the Pearl River Delta.
Midea started its digital transformation in 2011. “By the end of 2021, our revenue had increased by 156 percent and net profit had increased by 333 percent,” said Zhang Xiaoyi, vice president of the company.

Photo taken on April 1, 2021 shows a workshop of a microwave oven factory of Midea Group, a Chinese home appliance giant, in Foshan City, south China’s Guangdong Province. (Xinhua/Li Jiale)
Dubbed the city of home appliances in China, Shunde District of Foshan City has promoted more than 33 percent of major industrial enterprises to realize digital transformation and intelligent production in recent years.
More than 80 percent of the major enterprises in Foshan are expected to achieve digital transformation by the year 2026, said Zheng Ke, secretary of the Foshan Municipal Committee of the Communist Party of China.
In addition to Midea, more small and medium-sized enterprises (SMEs) in the area are striving to achieve digital transformation.
Foshan has established a manufacturing transformation and development fund to promote the digital transformation of SMEs.
Guangdong KEDA Hydraulic Technology Co., Ltd. in Foshan has been exploring digital transformation since 2005. Up to now, the company has achieved full 5G coverage in its production workshops. General Manager Yang Xuexian said the company has saved 40 percent of its energy consumption through digital transformation, and its per capita output value has increased by more than 60 percent.
Shiling Township in Guangzhou, capital of Guangdong Province, is known as China’s leather capital. About 8,800 bag and suitcase companies there manufacture more than 700 million bags and other leather products every year. Facing the adverse influence of COVID-19, many enterprises are seeking the help of digitalized machines.
Longzhuo Leather Co., Ltd. chose to introduce robots to help improve efficiency. Huang Haifeng, general manager of the company, said that production efficiency has increased by 10 percent in just half a year. “The investment in digital transformation is 800,000 yuan, and it helps save 800,000 yuan a year. So why not try digital transformation?” Huang added.
Guangdong has promoted the digital transformation of about 22,500 major industrial enterprises. The province aims to realize digital transformation for an accumulative number of 50,000 enterprises by 2025, according to the Guangdong Provincial Department of Industry and Information Technology.
STRENGTHEN WEAK LINKS
Insufficient research in basic science has long been a constraint on Guangdong’s development. Taking advantage of leading economic strengths in the country, Guangdong has been devoted to building scientific apparatus and attracting national-level research institutes in recent years.
Construction of the China Spallation Neutron Source, China’s first pulsed neutron source facility, started a decade ago in Dongguan City. Chen Hesheng, an academician of the Chinese Academy of Sciences, served as chief commander and project manager of the engineering headquarters at the age of 65.
As an advanced experimental platform for multi-disciplinary research, the facility is able to boost high-tech development in many application fields such as material sciences, life sciences, resource environments and new energy.
“The successful construction of the spallation neutron source in Dongguan shows the determination and achievements of Guangdong Province to promote scientific and technological innovation,” Chen said.

Aerial photo shows the China Spallation Neutron Source in Dongguan City, south China’s Guangdong Province, on July 24, 2019. (Xinhua/Liu Dawei)
A batch of major scientific and technological infrastructure has taken a leap forward in the Pearl River Delta, including the national supercomputer centers in Guangzhou and Shenzhen, the underground neutrino observatory in Jiangmen, and the high-intensity heavy-ion accelerator facility in Huizhou.
The expenditure on basic research in Guangdong has doubled in the past five years. More than one-third of provincial financial funds for science and technology during the 14th Five-Year Plan period (2021-2025) will be invested in basic research, according to Wu Shiwen, deputy director of the provincial department of science and technology.
The Guangdong-Hong Kong-Macao Greater Bay Area has developed complete industrial chains. An open and inclusive innovation atmosphere has been formed in the region, attracting talent, capital and other resources from all over the world, said Lionel M. Ni, president of the Hong Kong University of Science and Technology (Guangzhou), which is scheduled to open in September.
NEW DEVELOPMENT DRIVERS
In Nansha District of Guangzhou, passengers are able to find the whereabouts of 500 stops for self-driving taxis using the mobile application PonyPilot+. Chinese autonomous vehicle company Pony.ai has introduced the “Robotaxi” services in the district’s core area covering 300 square kilometers.
“With the continuous growth of research and development as well as the application of autonomous driving in China in recent years, China is no longer a follower, but a global leader in terms of policy openness, technological development and user acceptance in this field,” said Mo Luyi, vice president of Pony.ai.

A self-driving taxi using the mobile application PonyPilot+ waits for passengers in Nansha District of Guangzhou, south China’s Guangdong Province, on June 15, 2022. (Xinhua/Liu Dawei)
Pony.ai is just one of the enterprises in the Pearl River Delta area that play a leading role in various sectors. In the past decade, Huawei has risen rapidly in the fields of network communication and intelligent terminals, BYD in electric vehicles, DJI in civil drones, Tencent in the mobile internet, and BGI in life sciences. All of these rises have taken a place in the global technology industry.
Statistics from the Department of Science and Technology of Guangdong Province show that the total number of high-tech enterprises in Guangdong exceeded 60,000 in 2021, ranking first in China for six consecutive years. Science and technology enterprises have become an important force in Guangdong’s efforts to create a new development pattern.
A number of leading science and technology enterprises that are internationally competitive have emerged, and a number of hard and core technology enterprises in emerging industries have been cultivated in Guangdong, and they have become the backbone of the province’s high-quality economic development, said Gong Guoping, director of the provincial department of science and technology.
(Video reporters: Zhang Jiajin, Wang Pan, Sun Fei, Li Sijia; Video editors: Chen Sihong, Yin Le, Liu Xiaorui)  ■